When Apple co-founder Steve Jobs returned to the sinking company in 1997, he discovered a scruffy British designer toiling away at Apple`s headquarters, surrounded by hundreds of sketches and prototypes. 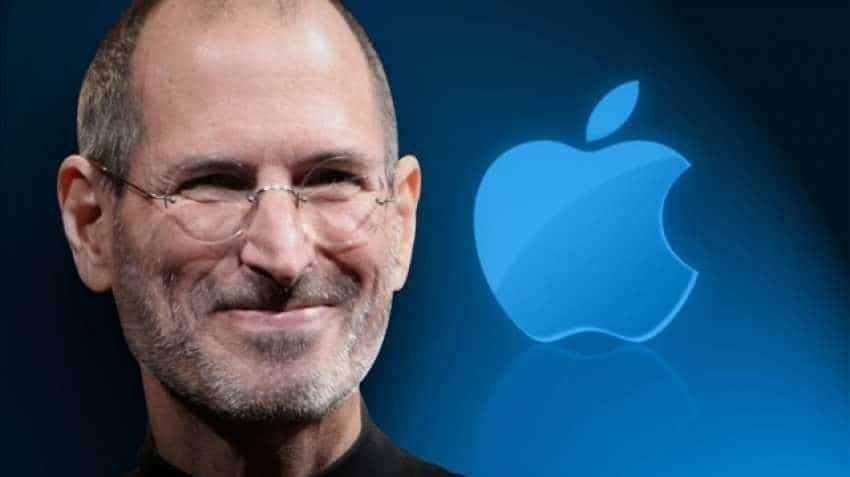 Jobs, who had been ousted by other Apple executives in 1985, staged a return in 1997 and went straight to Ive, recruiting him in taking the firm to a different direction. Image source: Reuters

"Designed by Apple in California". When you read this on a newly-acquired iPhone, you should know that the man behind that iconic design and everything under the hood - Sir Jony Ive - was mulling to quit within months of joining the company. Destiny, however, had planned a bigger role for him at Apple.

When Apple co-founder Steve Jobs returned to the sinking company in 1997, he discovered a scruffy British designer toiling away at Apple`s headquarters, surrounded by hundreds of sketches and prototypes.

Jobs realised he had found a talent in Ive who could reverse Apple`s decline and become his "spiritual partner".

According to journalist Leander Kahney, who has written extensively on Apple including "Jony Ive: The Genius Behind Apple`s Greatest Products", the chief design officer`s collaboration with Jobs would produce some of the world`s most iconic technology products, including the iMac, iPod, iPhone, iPad, Apple Watch and more.

"With the death of Jobs in 2011, Ive became the most important person at Apple. Some would argue he always was," writes Kahney.

Born and raised in London, Ive studied design at the University of Northumbria at Newcastle and had his work displayed at the Design Museum. After graduation, he was hired by a start-up called Tangerine to work in their industrial design group.

Formally recruited to Apple as a full-time employee in September 1992, Ive was initially apprehensive about leaving Tangerine for Apple as he thought the move from Britain to California would take a toll on his family.

Initial design failures and lack of commercial success during the early 1990s prompted Ive to nearly quit on several occasions.

Jobs, who had been ousted by other Apple executives in 1985, staged a return in 1997 and went straight to Ive, recruiting him in taking the firm to a different direction.

Jobs made him senior vice president of industrial design and Ive went on to head the design team responsible for most of the company`s significant hardware products.

Ive`s first design assignment was iconic iMac in 1998 that helped pave the way for many other designs such as the iPod and eventually the iPhone and the iPad.

"When we were looking at objects, what our eyes physically saw and what we came to perceive were exactly the same. And we would ask the same questions, have the same curiosity about things," Ive once explained the close rapport he had with Jobs.

Ive was soon given his own design office at Apple in which he oversaw the work of his team. According to reports, Ive even refused to allow his children or family members to enter the office.

During the early 2010s, Jobs declared that Ive "has more operational power than anyone else at Apple, except me".

On October 29, 2012, Apple announced that Ive would "provide leadership and direction for Human Interface (HI) across the company in addition to his role as the leader of Industrial Design".

In 2017, the company said Ive would resume direct responsibility for the company`s product design after spending the preceding two years in a more executive, non-creative role.

Not only Jobs, Ive also had great professional ties with Tim Cook who took over as CEO in 2011 after Job`s demise.

In an interview with the high-end watch website Hoodinkee, Ive revealed that the Apple Watch was the first major product (under Cook) with no inputs from Jobs.

"We did not talk about watches, or us making a watch," he said, referring to discussions with Jobs. "I do not remember him wearing one either."

Ive is now starting his own design firm LoveFrom which, he says, is the name chosen by Jobs himself.

The design master is not going to bid a complete goodbye to Apple and would now work with the company as a client.

"I have the utmost confidence in my designer colleagues at Apple who remain my closest friends, and I look forward to working with them for many years to come," he said in a statement.

Apple, on the other hand, is now in the safe hands of Cook and his design team -- Evans Hankey, vice president of Industrial Design and Alan Dye, vice president of Human Interface Design -- who would report to Jeff Williams, Apple`s chief operating officer. Sir Ive, however, is just around the corner.