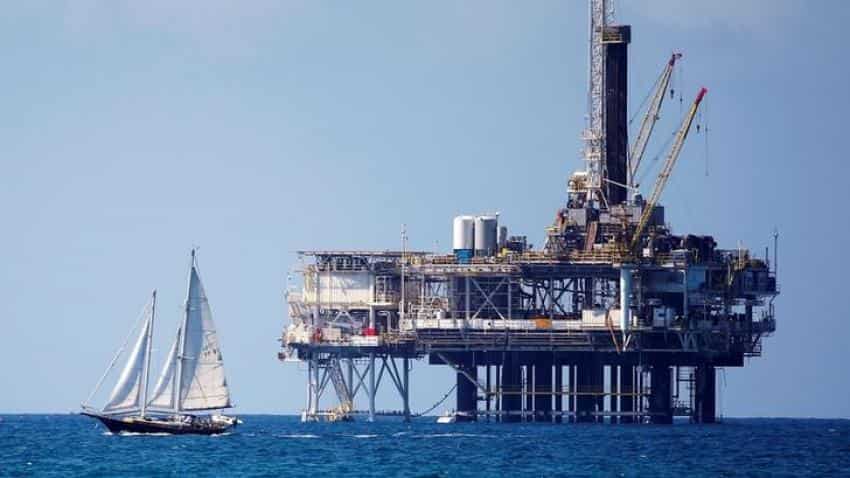 Bit by bit, the US petroleum industry is turning world oil markets inside out.

First, sharp drops in U.S. imports of crude oil eroded the biggest market that producers like OPEC had relied on for many years. Now, surging U.S. exports – largely banned by Washington until just two years ago - challenge the last region OPEC dominates: Asia.

U.S. oil shipments to China have surged, creating trade between the world`s two biggest powers that until 2016 just did not exist, and helping Washington in its effort to reduce the nation`s huge trade deficit with China.

The transformation is reflected in figures released in recent days that shows the U.S. now produces more oil than top exporter Saudi Arabia and means the Americans are likely to take over the No.1 producer spot from Russia by the end of the year.

The growth has surprised even the official U.S. Energy Information Administration, which this week raised its 2018 crude output forecast to 10.59 million bpd, up by 300,000 bpd from their last forecast just a week before.

Data in Thomson Reuters Eikon shows U.S. crude shipments to China went from nothing before 2016 to a record 400,000 barrels per day (bpd) in January, worth almost $1 billion. Additionally, half a million tonnes of U.S. liquefied natural gas (LNG) worth almost $300 million, headed to China from the U.S. in January.

The U.S. supplies will help reduce China`s huge trade surplus with the U.S. and may help to counter allegations from U.S. President Donald Trump that Beijing is trading unfairly.

"With the Trump administration, the pressure on China to balance accounts with the U.S. is huge... Buying U.S. oil clearly helps toward that goal to reduce the disbalance," said Marco Dunand, chief executive and co-founder of commodity trading house Mercuria.

As the energy exports rose, China`s January trade surplus with the United States narrowed to $21.895 billion, from $25.55 billion in December, according to official Chinese figures released on Thursday.

The energy sales to China are still modest compared with the $9.7 billion of oil shipped by the Organization of the Petroleum Exporting Countries (OPEC) to China in January. But they are already cutting into a market dominated by the likes of Saudi Arabia and Russia - with the threat of much more competition to come.

"We see U.S. crude as a supplement to our large base of crude" from the Middle East and Russia, said a refinery manager for China`s oil-major Sinopec, declining to be named as he was not cleared to speak to media.

He said that Sinopec was looking to order more U.S. crude this year.

At average December/January volumes, American oil and gas sales to China would be worth around $10 billion a year. Including exports to Japan, South Korea and Taiwan, the figure doubles. U.S. exports would be even greater but for infrastructure constraints: no U.S. port can handle the biggest oil tankers, known as Very Large Crude Carriers (VLCC).

To address that, one of the biggest facilities in the Gulf of Mexico, the Louisiana Offshore Oil Port Services (LOOP), is expanding in order to handle VLCCs soon.

THE PRICE OF OIL

For Chinese buyers, the main attraction of U.S. oil has been price. Thanks to the shale boom, U.S. crude is cheaper than oil from elsewhere.

At around $60.50 per barrel, U.S. crude is currently some $4 per barrel cheaper than Brent, off which most other crudes are priced.

For many established oil exporters like the Middle East-dominated OPEC or Russia, who have been withholding production since 2017 in an attempt to push prices higher, these new oil flows mark a big loss in market share.

"OPEC and Russia accepted that the U.S. will become a big producer because they simply wanted to get the price where it is today," Mercuria`s Dunand said.

Since the start of the OPEC-led supply cuts in January 2017, oil prices have risen by 20 percent, though prices in February have come under pressure again in large part due to soaring U.S. output.

The flood of U.S. oil may even change the way crude is priced. Most OPEC producers sell crude under long-term contracts which are priced monthly, sometimes retro-actively. U.S. producers, by contrast, export on the basis of freight costs and price spreads between U.S. and other kinds of crude oil.

This has led to a surge in traded volumes of U.S. crude futures, known as West Texas Intermediate (WTI), leaving volumes of other futures like Brent or Dubai far behind.

Despite all these challenges to the traditional oil order, established producers are putting on a brave face.

"We have no concern whatsoever about rising U.S. exports. Our reliability as a supplier is second to none, and we have the highest customer base with long-term sales agreements," said Amin Nasser, president and chief executive officer of Saudi Aramco, Saudi Arabia`s state-owned oil behemoth.