The announcement was viewed by investors as a watered-down version of the initial plans, to be used potentially as leverage involving NAFTA and other agreements. But investors still worried about whether this would be the first salvo in a broader trade conflict that could prompt retaliation. 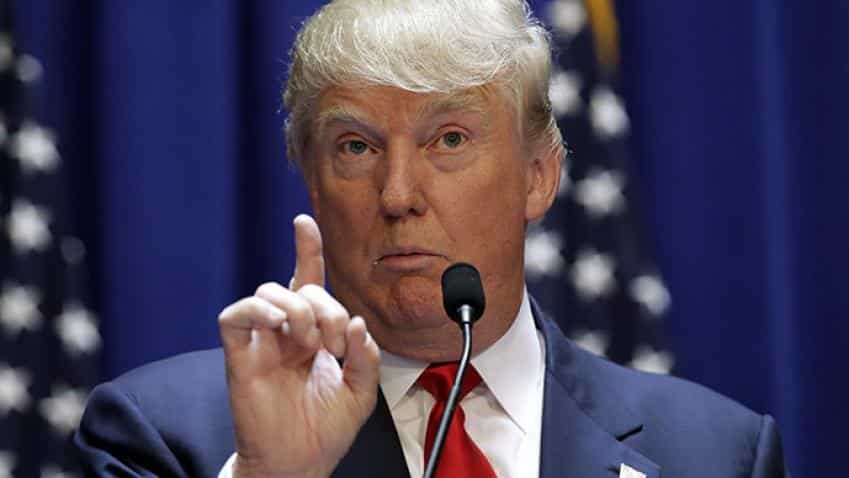 An escalation into a trade war could reduce future growth expectations and equity valuations, according to UBS strategists. Image source: Reuters

US President Donald Trump's plans to impose tariffs on steel and aluminum imports has rippled through financial markets since last week, when his initial announcement set off fears of a global trade war.

Trump has stood by the tariffs, despite resistance from his fellow Republicans and other countries, which have vowed to respond with levies of their own, and on Thursday, Trump pressed ahead with the imposition of 25 percent tariffs on steel imports and 10 percent for aluminum. But he exempted Canada and Mexico, backtracking from earlier pledges of tariffs on all countries, while other countries can apply for exemptions.

The announcement was viewed by investors as a watered-down version of the initial plans, to be used potentially as leverage involving NAFTA and other agreements. But investors still worried about whether this would be the first salvo in a broader trade conflict that could prompt retaliation.

"It is good news to see Canada and Mexico carve out. It is also good news to see some flexibility on others," said David Kotok, chairman and chief investment officer with Cumberland Advisors in Sarasota, Florida. "The whole theme of tariffs, quotas, barriers is still troubling. No one wins in a trade war."

Here's how the tariffs have jostled asset prices and could sway markets going forward:

The potential for Trump's actions to sprawl into a broader trade war has caused uncertainty for equity investors, at a time they are jittery after a swift 10 percent correction last month created a more volatile trading environment.

An escalation into a trade war could reduce future growth expectations and equity valuations, according to UBS strategists.

"He dialed it back a little bit, but they're still tariffs, and we're still going in the wrong direction from a policy perspective if you're a markets-focused globalist," said Michael O'Rourke, chief market strategist at JonesTrading in Greenwich, Connecticut.

In and of themselves, the steel and aluminum tariffs are seen by market strategists as having limited overall impact. But the prospect of the tariffs has weighed on shares of specific industries, such as machinery companies and automakers, because of the potential to raise their costs.

One reaction from investors has been to move into U.S. small-cap stocks that are more domestically focused. Since Feb. 28, the day before Trump's initial tariff announcement, the small-cap Russell 2000 <.RUT> has climbed about 4 percent compared with a nearly 1 percent rise for the S&P 500 <.SPX>, the large-cap benchmark index peppered with multi-national companies.

Currency markets, in general, dislike any form of trade intervention and previous protectionist efforts by the U.S. government have resulted in dollar weakness.

Tariffs introduced by Presidents George W. Bush and Bill Clinton in 2002 and 1995 had resulted in a 15 percent decline in the dollar overall, according to estimates from TD Securities, although there were other factors that also undermined the U.S. currency during those periods.

The biggest risk for the dollar stems from the possible exodus of capital flows, analysts have said. If risk sentiment worsens significantly, this would outweigh any short-term advantage the dollar would have against emerging markets in its role as a safe-haven bet, they said.

The dollar fell against most currencies after the original announcement about the tariffs, last week, falling to a more than two-year low versus the yen. The dollar was up 0.5 percent against a basket of currencies on Thursday, on relief that the tariffs were less severe than traders had originally feared.

The potential impact of tariffs on the US Treasury market is less clear than other asset classes, and likely depends on how trade restrictions impact the economy. Widespread tariffs could add to inflationary pressures, which could increase the likelihood of additional rate increases by the Federal Reserve and negatively impact bonds.

Trade restrictions could also risk upsetting trade partners such as China, which is a large holder of U.S. debt. That could in turn lead the country to reducing Treasury purchases or even dumping its bond holdings as a retaliatory measure, though analysts see the probability of such an event as low.

Bond reaction to recent headlines on tariffs has largely been as a safe haven for investors worried about equity volatility, with yields rising and falling in tandem with stock prices.