The novel coronavirus was well-suited to jump from animals to humans by shapeshifting and gaining the ability to infect people, according to a study. 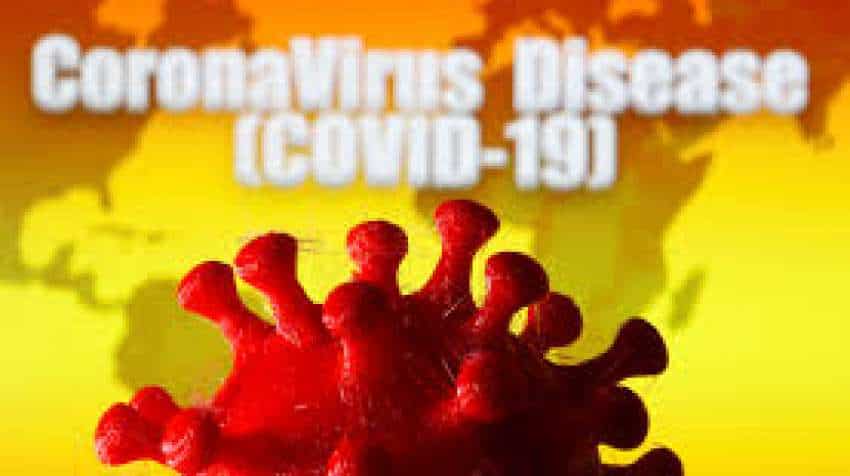 In the study, published in the journal Science Advances, they said the ability of the virus, SARS-CoV-2, to infect humans was gained by exchanging a critical gene fragment from a Coronavirus. Photo: Reuters
Written By: PTI
RELATED NEWS

The novel coronavirus was well-suited to jump from animals to humans by shapeshifting and gaining the ability to infect people, according to a study which sheds light on the origin of the COVID-19 pandemic. Researchers, including those from the University of Texas at El Paso in the US, conducted genetic analysis of the novel coronavirus and its similar variants in animals, and confirmed that its closest relative is a coronavirus that infects bats.

In the study, published in the journal Science Advances, they said the ability of the virus, SARS-CoV-2, to infect humans was gained by exchanging a critical gene fragment from a coronavirus that infects a scaly mammal called a pangolin. The researchers reported that this jump from species-to-species was the result of the ability of the virus to bind to host cells through alterations in its genetic material.

By analogy, they said, it is as if the virus retooled the key that enables it to unlock a host cell's door. In the case of SARS-CoV-2, the researchers said, this "key" is a spike protein found on the surface of the virus, which it uses to attach to cells and infect them.

"Very much like the original SARS that jumped from bats to civets, or MERS that went from bats to dromedary camels, and then to humans, the progenitor of this pandemic coronavirus underwent evolutionary changes in its genetic material that enabled it to eventually infect humans," said study co-author Feng Gao from Duke University in the US.

According to Gao and his colleagues, tracing the evolutionary pathway of the virus can help deter future pandemics arising from the virus, and possibly guide vaccine research.

In the current study, the researchers found that typical pangolin coronaviruses are too different from SARS-CoV-2 for them to have directly caused the human pandemic.
However, they said the pangolin coronaviruses contain a receptor-binding site -- a part of the spike protein necessary to bind to the cell membrane -- that is important for human infection.

This binding site, the study said, makes it possible to affix to a cell surface protein that is abundant on human respiratory and intestinal epithelial cells, endothelial cell, and kidney cells.

While the viral ancestor in the bat is the most closely related coronavirus to SARS-CoV-2, its binding site is very different, the study noted.

On its own, the scientists said, the virus cannot efficiently infect human cells with this binding site.

They said the novel coronavirus could be a hybrid between bat and pangolin viruses to obtain the "key" necessary receptor-binding site for human infection.

"There are regions of the virus with a very high degree of similarity of amino acid sequences among divergent coronaviruses that infect humans, bats and pangolins, suggesting that these viruses are under similar host selection and may have made the ancestor of SARS-CoV-2 able to readily jump from these animals to humans," said study co-author Xiaojun Li from Duke University.

While people had already looked at the coronavirus sequences sampled from pangolins, the researchers said, the scientific community was still divided on whether they played a role in the evolution of SARS-CoV-2.

"In our study, we demonstrated that indeed SARS-CoV-2 has a rich evolutionary history that included a reshuffling of genetic material between bat and pangolin coronavirus before it acquired its ability to jump to humans," said study co-lead author Elena Giorgi from the Los Alamos National Laboratory in the US.

Gold eases off near eight-year peak after solid US data

Tripura TBSE Madhyamik Result 2020 to be released on 3rd July, Check at tripuraresults.nic.in