A group of lawmakers in a letter to the USCIS said that these physicians are also unable to provide treatment through telemedicine programmes, which have provided much-needed surge capacity to underserved and rural areas during this pandemic. 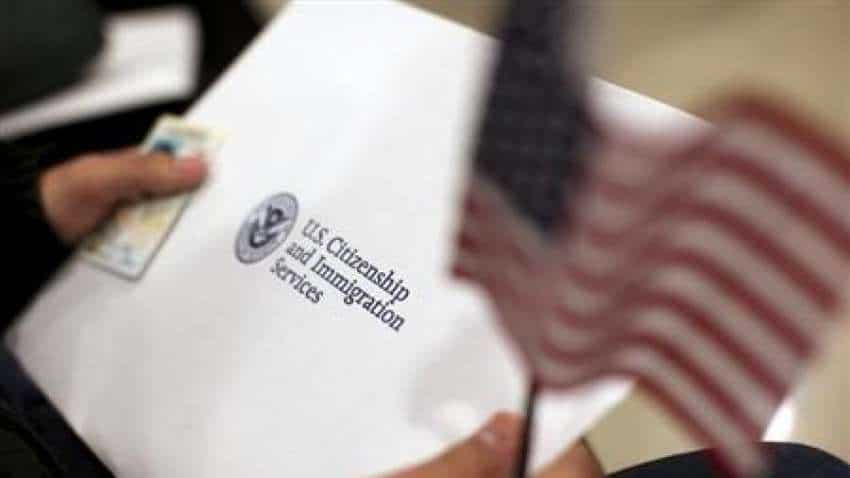 The US has relaxed regulations to allow doctors on the H-1B work visa to practice telemedicine and help local hospitals to meet the surging demand for healthcare professionals due to the coronavirus pandemic in America, the worst hit country by the COVID-19 outbreak.

The US has nearly 1.45 million cases of confirmed COVID-19 cases and over 86,000 people have died due to the highly contagious disease.

The US Citizenship and Immigration Services (USCIS) has issued new guidelines enabling physicians holding the H-1B visas to practice telemedicine and providing local hospitals with the necessary flexibility to meet increased demand for medical treatment during the COVID-19 pandemic.

The H-1B visa is a non-immigrant visa that allows US companies to employ graduate-level workers in specialty occupations that require theoretical or technical expertise in specialised fields, which include dentistry.

The updated guidelines come after a bipartisan group of lawmakers urged the USCIS to permit doctors with the H-1B visas to make select changes to better assist in the coronavirus response efforts. Medical facilities, particularly those in rural regions, rely on the H-1B visa programme to fill critical vacancies.

As part of the visa approval process, employers must identify where and for how long the visa holder will work. Any changes to a visa holder's status must be approved by the USCIS.

The site-specificity for work authorisation has prevented physicians holding the H-1B visa from transferring to facilities that are overwhelmed with COVID-19 patients or are experiencing staff shortages due to the quarantine requirements.

A group of lawmakers in a letter to the USCIS said that these physicians are also unable to provide treatment through telemedicine programmes, which have provided much-needed surge capacity to underserved and rural areas during this pandemic.

"As a result of this advocacy, the USCIS changed its policy, enabling doctors with the H-1B visas to practice telemedicine and permitting them to transfer to overwhelmed facilities. In our community's time of need, we must ensure our healthcare providers are fully empowered to treat patients in our region, said Republican Congressman John Katko.

Meanwhile, the American Dentist Association (ADA) on Thursday requested that the federal government extend the current 60-day grace period for unemployed or furloughed dentists with H-1B visas to 180 days during the COVID-19 pandemic.

"Dentists who are in the United States on H-1B visas are worried that they may lose their status and be forced to go back to their home country, ADA President Chad P Gehani and ADA Executive Director Kathleen T McLoughlin wrote in a letter to Joseph Edlow, deputy director for policy at the USCIS.

This will prevent them from returning to the important work of improving the oral health of Americans when dental offices reopen, they wrote in the letter dated May 11, a copy of which was released to the press.

The Department of Labour and Department of Homeland Security do not keep statistics on the number of US dentists with the H-1B visa, though ADA estimates have suggested that there are about 1,200.

During the COVID-19 pandemic, many dental offices are closed or are only seeing emergency patients. They are doing so in order to slow community spread, preserve medical supplies, and relieve emergency departments from seeing dental patients. As a result, dentists are being furloughed or laid off through no fault of their own, the letter said.

In the meantime, the Cato Institute, a Washington-based think-tank, on Thursday urged the Trump administration not to ban H-1B visas, as it is being reported in a section of the American media.

Halting the H-1B visa system will do enormous harm to the portion of our immigration system most like the merit-based system supported by President Donald Trump in healthier times. For the sake of American innovation, don't close the H-1B visa, it said.

In a separate news, Breitbart News Network, reported that fortune 500 companies are rushing a federal agency to extend work permits for thousands of H-1B visa workers as the administration officials argue over visa curbs that would help Americans regain jobs lost in the coronavirus crash.

Facebook asked and got continuing approval extensions for 611 of its H-1B visa-workers from the staff at the USCIS agency, Breitbart said, adding that Apple got 647 extensions, Microsoft got 903 and Amazon got 1,245 extensions from the USCIS.

An analysis by the Center for Immigration Studies of data released last Friday by the Bureau of Labor Statistics shows that both native-born Americans and immigrants (legal and illegal) suffered a massive increase in unemployment in April.