Greek prime minister to ask the president for an early election

Prime Minister Alexis Tsipras has a meeting set with Greece's president to ask him to call an early national election by dissolving parliament. 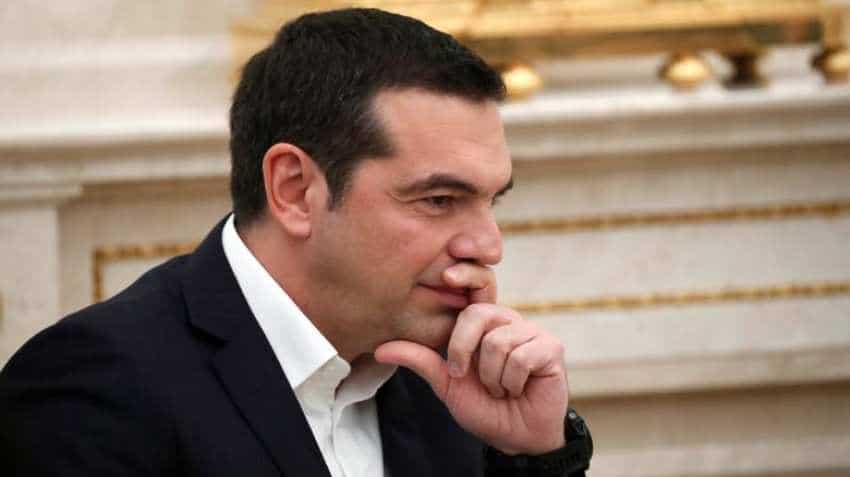 Prime Minister Alexis Tsipras has a meeting set with Greece's president to ask him to call an early national election by dissolving parliament. Tsipras' office said the prime minister would visit President Prokopis Pavlopoulos on Monday afternoon. After his left-wing party's poor performance in the European Union election two weeks ago, Tsipras said he would request the dissolution of the Greek parliament to trigger a vote for its replacement. The government wants it held on July 7.

A regularly scheduled election is not due until October, when the four-year term of Tsipras' government ends. The prime minister's Syriza party finished the European Parliament election well behind the conservative opposition party New Democracy. The leader of a former partner party in the current coalition government, former defense minister Panos Kammenos, said Sunday that his Independent Greeks would not participate in an early parliamentary election.

Kammenos resigned from Tsipras' Cabinet and ended the coalition with Syriza in January over a deal to resolve a long-running dispute over the name of neighbouring Macedonia, but five of his party's other nine lawmakers in parliament abandoned him instead. The small country to Greece's north changed its name to North Macedonia in exchange for Greece no longer blocking its path to NATO and EU membership. The Independent Greeks had a showing even more dismal than Syriza's in the May 26 EU election, placing 15th in Greece with 0.8 percent of the vote.

Protests erupt in Athens ahead of new austerity measures vote