They are the latest reforms demanded by the European Union and International Monetary Fund in exchange for fresh funds from Greece's 86-billion-euro (USD 95-billion) bailout agreed in July, the third for the debt-laden country since 2010. 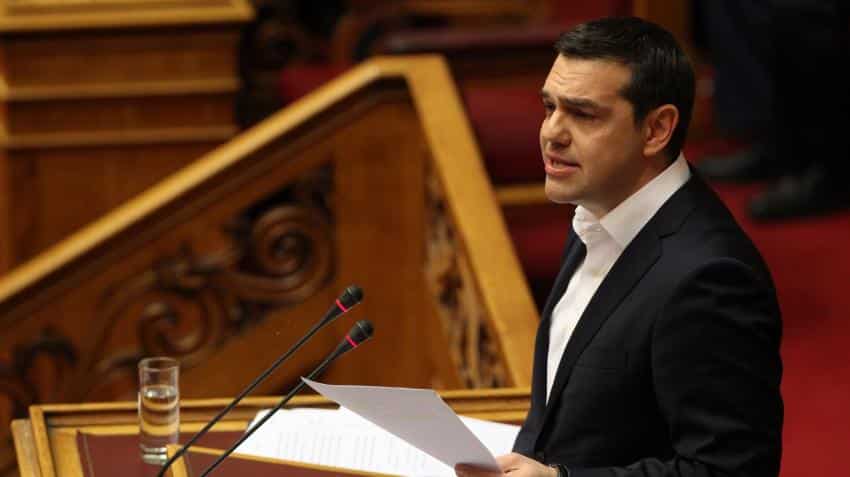 Greek lawmakers have adopted a controversial package of pension cuts and tax hikes despite mass public opposition, bowing to creditor demands in a bid to unlock the next tranche of badly-needed bailout funds.

The unpopular reforms, which saw thousands take to the streets in protest, passed thanks to the Syriza-led coalition government's slim majority in parliament, according to an AFP count.

As expected the main New Democracy opposition party voted against the bill, which will reduce Greece's highest pension payouts, merge several pension funds, increase contributions and raise taxes for those on medium and high incomes.

They are the latest reforms demanded by the European Union and International Monetary Fund in exchange for fresh funds from Greece's 86-billion-euro (USD 95-billion) bailout agreed in July, the third for the debt-laden country since 2010.

The parliamentary vote came just hours before an emergency meeting of eurozone finance ministers in Brussels, who are racing to finalise their long-stalled first review of Greece's reform efforts so Athens can repay the European Central Bank (ECB) billions of euros in July.

The ministers from the 19 countries that use the euro -- the Eurogroup -- are also expected to discuss debt relief for Greece, which the International Monetary Fund (IMF) has demanded as a condition for a new agreement.

In the run-up to the parliamentary debate, angry unions staged a general strike that paralysed the country's public transport for a third straight day yesterday, while some 26,000 people took to the streets of

Athens and Greece's second city Thessaloniki in protest at the pensions and tax overhaul.

Brief clashes erupted outside the parliament in Athens ahead of the vote, with youths throwing Molotov cocktails and flares at riot police who responded with volleys of tear gas, AFP reporters saw.

Prime Minister Alexis Tsipras, who has said reform is needed to prevent the pension system collapsing in a few years, defended the changes in parliament earlier Sunday.

"The system requires root and branch reform that previous governments have not dared to undertake," he told lawmakers, adding that the reforms would not affect those on low incomes, something that was the result of "long and hard negotiations with creditors". (AFP)