WTI was trading around $47 a barrel, after gaining more than 5 percent on Wednesday on OPEC`s planned output cut. [O/R] 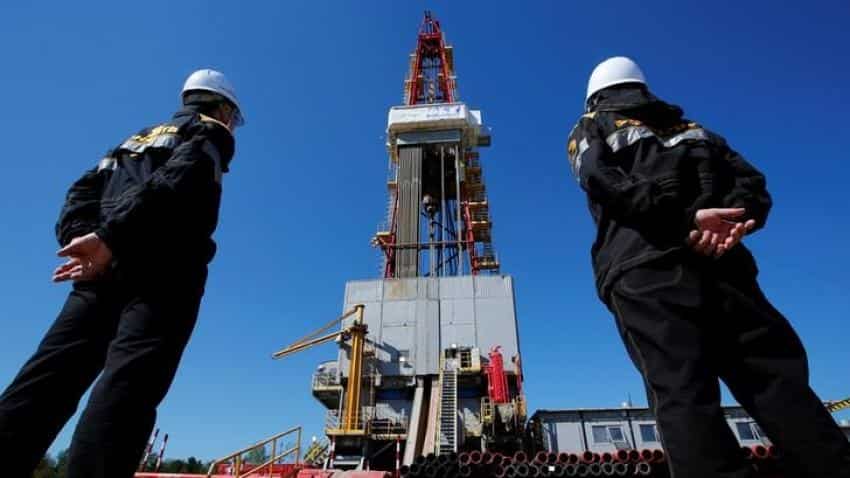 Goldman Sachs said the deal reached by OPEC crude producers on Wednesday to curb output should add $7 to $10 to oil prices in the first half of next year.

Members of the Organization of the Petroleum Exporting Countries (OPEC) agreed on Wednesday to modest oil output cuts in the first such deal since 2008, with group leader Saudi Arabia softening its stance on arch-rival Iran amid mounting pressure from low oil prices.

"Strict implementation of today`s deal in 2017 would represent 480,000 to 980,000 barrels per day less output," Goldman analysts said in a note dated Wednesday.

"Longer term, we remain skeptical on the implementation of the proposed quotas, if ratified," the analysts said.

Still, the bank reiterated its year-end and 2017 oil price forecasts, given the uncertainty of the OPEC proposal.

WTI was trading around $47 a barrel, after gaining more than 5 percent on Wednesday on OPEC`s planned output cut. [O/R]

"If this proposed cut is strictly enforced and supports prices, we would expect it to prove self-defeating medium term with a large drilling response around the world," the Goldman analysts said.

Societe Generale analyst Michael Wittner termed the deal a "big surprise", and said the agreement would be added to the bullish side of the ledger.

"Ongoing uncertainty about the deal, and associated developments and news flow, will contribute to continued high volatility in the next two months," Wittner said.

"We believe that oil market participants will now be much more reluctant to establish a significant short position for crude oil."

Oil futures retreated on Thursday as the market grew more skeptical on how OPEC would implement its plan to curb the group`s oil output.