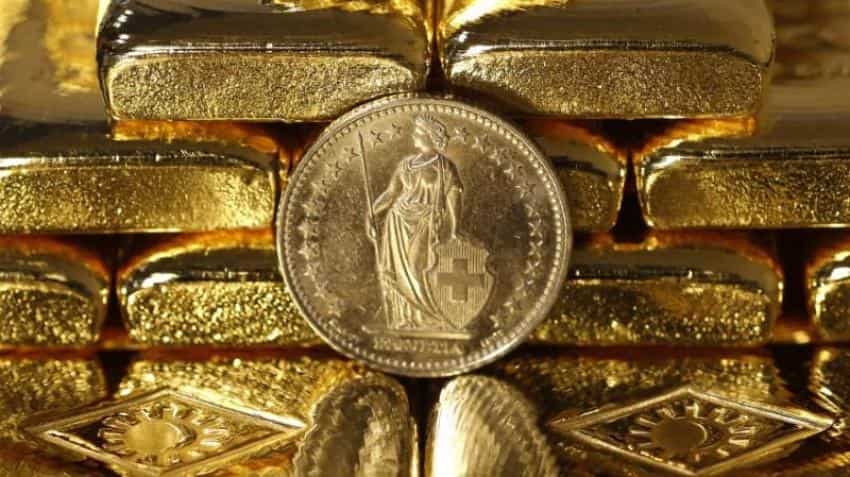 Gold is often used by investors as a hedge against political and financial uncertainty. Image source: Reuters

Gold prices were mostly steady on Monday, holding near a 5-1/2-month low touched in the previous session, as a stronger dollar offset support from an ongoing trade dispute between the world`s two largest economies.

"The US dollar strength is weighing on investor sentiment at the moment rather than any concerns about weaker economic growth due to the trade tensions," said ANZ analyst Daniel Hynes.

The dollar index, which measures the greenback against a basket of six major currencies, edged up 0.2 percent to 94.985, hovering close to a seven-month high touched in the previous session.

US President Donald Trump on Friday said he was pushing ahead with hefty tariffs on $50 billion of Chinese imports, and the smouldering trade war between the world`s two largest economies showed signs of igniting as Beijing immediately vowed to respond in kind.

Gold is often used by investors as a hedge against political and financial uncertainty.

"Risk appetite will likely stay weak into the trading day ahead following intensified trade concerns," OCBC said in a note.

Meanwhile, Asian shares fell to a 2-1/2-week low on Monday after Trump cranked up the trade tensions with China.

South Korea and the United States are expected to announce the suspension of "large-scale" military drills this week, with the provision that they would restart if North Korea failed to keep its promise to denuclearise, news agency Yonhap said on Sunday.

Speculators also raised their net long position in silver to the strongest in 6-1/2 months.

Platinum fell 0.6 percent to $881.74 an ounce, after touching its lowest since May 21 earlier in the session.