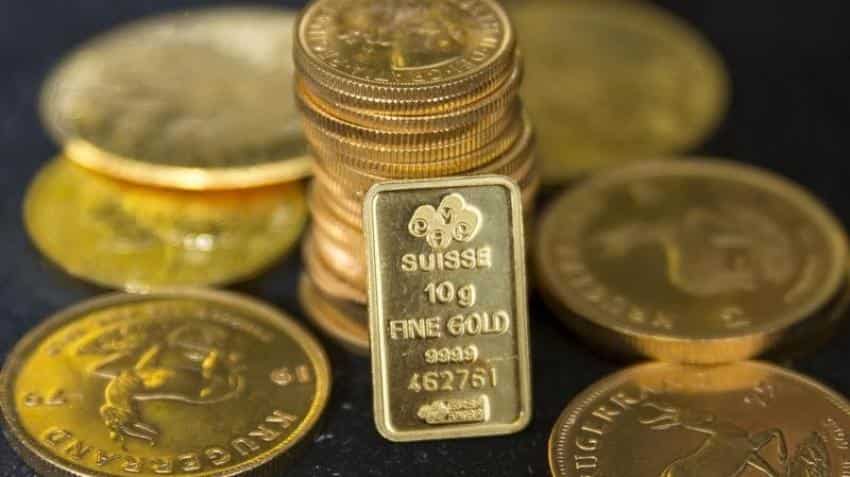 Gold held steady early on Tuesday after rising slightly in the previous session on expectations that the U.S. Federal Reserve will not raise rates in September.

FUNDAMENTALS
* Spot gold was nearly flat at $1,326.02 per ounce by 0101 GMT. The metal rose 0.1 % on Monday.
* U.S. gold futures were up slightly at $1,329.70.
* The U.S. Labor Day holiday kept volumes subdued on Monday, but new U.S. data releases and any speeches from Fed officials will be watched closely for clues to the timing of any rate moves.
* Republican presidential nominee Donald Trump, who has previously accused the Federal Reserve of keeping interest rates low to help President Barack Obama, said on Monday that the U.S. central bank has created a "false economy" and that interest rates should change.
* On Monday, Bank of Japan Governor Haruhiko Kuroda signalled Japan`s central bank was ready to further expand its already massive stimulus, but he disappointed investors hoping for a more explicit hint about what the BOJ will do at its next review on Sept. 20-21.
* South Africa`s biggest platinum mine-workers` union and the industry have failed to reach a deal on workers` pay, the union said on Monday, raising the prospect of industrial action in the world`s top producer of the white metal.
* The world`s biggest mining companies called on Monday for action to stop any firms, including the oil and gas industry, extracting resources from natural sites protected by the United Nations.
* For the top stories on metals and other news, click [TOP/MTL] or [GOL]

MARKET REPORT
* Asian shares edged up on Tuesday but were mostly in a holding pattern after Monday`s U.S. holiday, as investors awaited a policy decision from the Reserve Bank of Australia. [GLOB/MKTS]
* Crude oil futures touched a one-week high before paring gains on Monday after top producers Russia and Saudi Arabia confirmed they had agreed to cooperate on stabilising the oil market, and raised hopes of limiting output in the future. [O/R]

(Reporting By Nallur Sethuraman in Bengaluru; Editing by Michael Perry)