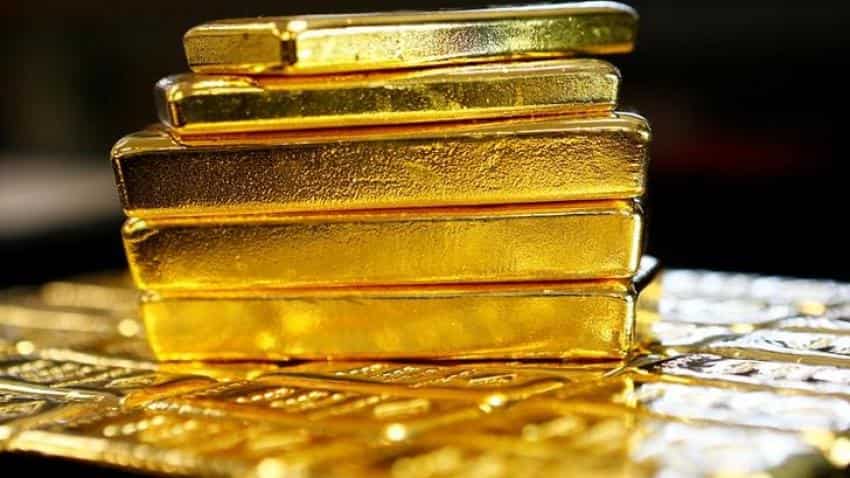 Spot gold was virtually unchanged at $1,276.30 an ounce. The safe-haven asset has fallen about 3 % so far this month. Image Source: Reuters
Written By: Reuters
RELATED NEWS

Gold held steady early Monday amid a firm dollar and weaker equities following a 0.6 % gain in the previous session, with markets eyeing the upcoming Federal Reserve meeting for insight on the timing of a U.S. interest rate hike.

Gold rose more than 1 % at one point on Friday after the FBI revealed it reopened an investigation of U.S. Democratic presidential candidate Hillary Clinton`s use of a private email system, sparking fresh tumult in markets, just days before the Nov. 8 presidential vote.

Asian stocks got off to a shaky start on Monday after news of the renewed FBI probe of Clinton`s emails.

The U.S. Federal Reserve will meet this week, starting a final countdown on the second most anticipated event of the year after the Presidential Election.

Traders stuck to their view the Federal Reserve would raise interest rates at its last policy meeting of 2016, in December, as data showed the U.S. economy accelerated in the third quarter at its fastest pace in two years.

German inflation rose more than expected in October, reaching its highest level in two years, preliminary data showed on Friday, a welcome sign for the European Central Bank that its monetary policy is gradually eliminating the threat of deflation in Europe`s biggest economy.

With a more than trillion euro fuel injection and no interest rates worthy of the name, the euro zone economy is stirring, more data confirmed on Friday, leaving policymakers hunting for signs the nascent recovery is sustainable.

Hedge funds and money managers raised their net long position in COMEX gold for the first time in four weeks in the week to Oct. 25, and cut it slightly in silver, U.S. Commodity Futures Trading Commission data showed on Friday.

(Reporting by Apeksha Nair in Bengaluru; Editing by Richard Pullin)