The prices of gold declined on Friday ahead of the UK election verdict with early results suggesting no clear winner for one single party. 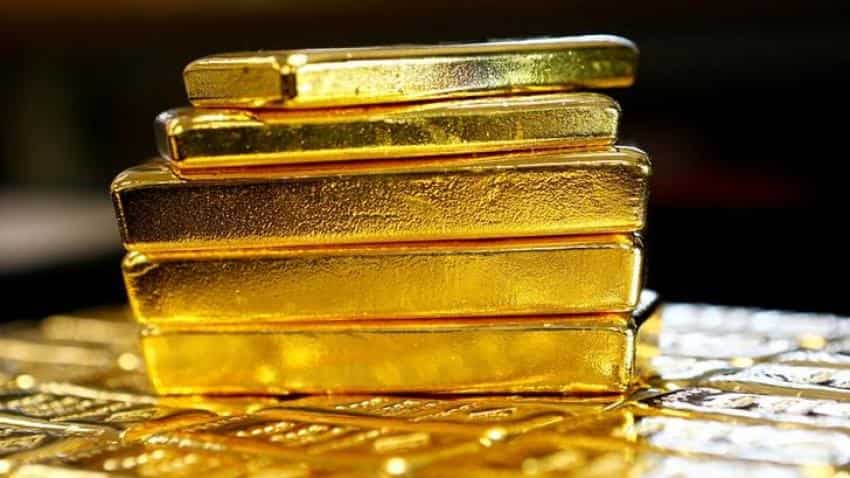 Theresa May to trigger Brexit negotiations on March 29

Gold edged down on Friday ahead of the UK election verdict with early results suggesting no clear winner which could push the country into a new bout of political turmoil before Brexit talks.

The prospect of a hung parliament casts doubt over the premiership of Theresa May, who had gambled with the snap polls for a stronger mandate before launching into arduous divorce talks with the European Union (EU).

An exit poll predicted the Conservatives would win 314 seats in Britain`s 650-member parliament and the left-wing opposition Labour Party 266 -- a "hung parliament" with no clear winner.

"Gold has been whipsawed in the last 24 hours, and is trading marginally lower at present," said Jordan Eliseo, chief economist at ABC Bullion.

"The big move of the day is in sterling, which has been savaged, with the Tory Party looking like they`ll fall well short of the majority they were expecting. There were no major surprises out of the ECB meeting, with gold market participants now looking forward to next week`s FOMC meeting."

The pressure on gold is from the events in the United States (US), including former FBI director James Comey`s Congressional testimony and improving economic data, which are prompting people to speculate on the Federal

Comey accused President Donald Trump of firing him to try to undermine the agency`s investigation of possible collusion by his campaign team with Russia`s alleged efforts to influence the 2016 presidential election.

However, his statement was seen containing no major surprises.

Meanwhile, the number of Americans filing for unemployment benefits fell last week, unwinding half of the prior period`s jump and suggesting the labour market was tightening despite a recent slowdown in job growth.

In other markets, sterling fell sharply amid ambiguity over the British election results, sideswiping investors who had already weathered major risk events in the United States (US) and Europe.

The dollar index, which measures the greenback against a basket of major currencies, was up 0.4% at 97.302.

Among other precious metals, palladium hit its highest in nearly three years at $861.40 an ounce.

Theresa May to trigger Brexit negotiations on March 29