The GFMS metals research team, a unit of Thomson Reuters, predicted gold would average $1,360 an ounce this year, up 8 percent from 2017, with some short-term moves towards $1,500. Gold has not risen above that level since early 2013 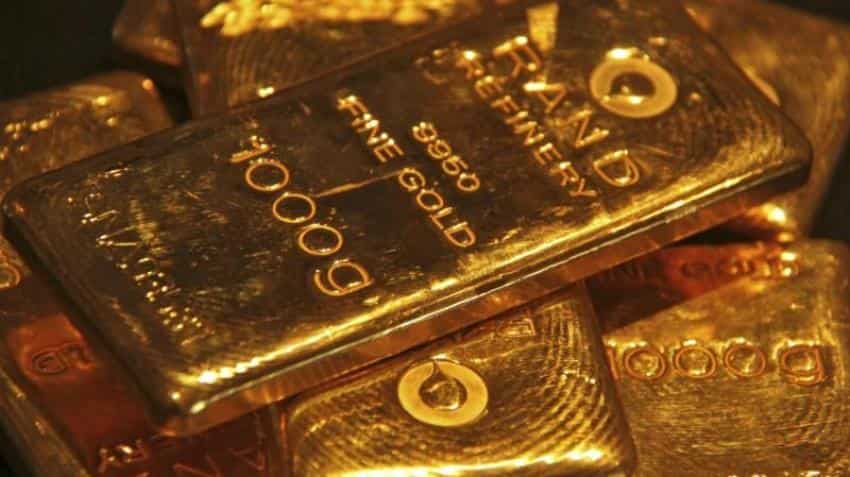 Gold in 2018 will deliver its strongest annual price performance in five years, GFMS analysts forecast on Tuesday, as political uncertainty drives investment in bars and bullion-backed investment funds. The GFMS metals research team, a unit of Thomson Reuters, predicted gold would average $1,360 an ounce this year, up 8 percent from 2017, with some short-term moves towards $1,500. Gold has not risen above that level since early 2013.

"Uncertainty revolving around President (Donald) Trump`s politics, along with ongoing tensions in the Middle East and Brexit negotiations will remain gold`s key drivers," the team said as it released its Gold Survey 2018. The team expected demand by exchange traded funds (ETFs) to rebound this year to 350 tonnes. "Retail investment is forecast to rise in 2018 following four consecutive years of declines, thanks to a pick-up in bar demand, supported by improving sentiment towards gold and rising price expectations," GFMS said.

Adding to the bullish picture, the Chinese central bank was expected to resume purchases, GFMS said, leading to a rise in net official sector demand this year to more than 400 tonnes for the first time since 2015.  The Chinese central bank, once a major buyer of gold, has not reported any additions to its reserves since October 2016. ETF demand totalled 177 tonnes last year, GFMS said, while physical gold demand, including buying of jewellery, coins and bars, rose 10 percent, its first annual increase since 2013.

That was driven by a 13 percent climb in jewellery fabrication, its first annual rise since 2013, with demand in the world`s second largest consumer India particularly strong before the implementation of a new tax regime mid-year.  Jewellery fabrication in East Asia, which includes number one consumer China, fell for a fourth year in a row to its weakest in five years, with a drop in Chinese fabrication accounting for the bulk of the drop, GFMS said. Overall, China`s gold demand was down 3 percent in 2017 and Chinese consumption was expected to weaken further this year, GFMS said, citing structural changes in the jewellery industry which have seen retailers focus on higher-margin products.

Global bar demand was expected to rise 1 percent, recovering after falling for four years in a row, while coin demand was forecast to remain subdued after falling in 2017 to its weakest since 2007, GFMS said.  "The continual increase in the gold price has kept bargain hunters on the sideline, as coin investors are usually the most price sensitive in the market," it said.  "The improving sentiment over the economic outlook, particularly in the United States, have investors less interested in gold coins as their risk appetite increased."

Mine production edged lower last year for the first time since 2008, GFMS said, totalling 3,247 tonnes.  In 2018, the team said it expected mine output to hit a record 3,265 tonnes. "We expect Asian countries such as Indonesia, Mongolia and China to contribute to gains in the current year, accompanied by Russia, Australia and Canada," it said.