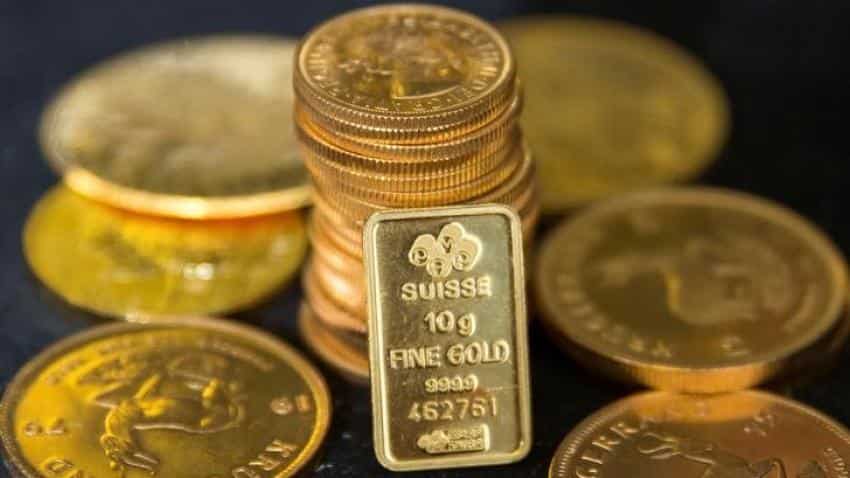 Gold rose over 1% on Monday, recovering from a nine-and-a-half-month low in the previous session, as the US dollar extended losses after touching a 14-year highs touched last week.

"A slightly weaker US dollar saw gold prices recover some of the losses achieved earlier in the week. Buying also emerged as prices hit a key technical level," ANZ analysts said in a note.

The dollar index, which measures the greenback against a basket of currencies, was down 0.76% at 100.720, after slipping 0.2% in the previous session, as US Treasury yields eased from recent peaks.

The metal has fallen about 7% so far this month on the back of a strong US dollar and surging bond yields as investors bet that US President-elect Donald Trump`s policies would spur growth and inflation.

That further cemented the case for a near-term US Federal Reserve interest rate hike, minutes from the Fed`s early November meeting showed.

A stronger greenback makes dollar-denominated gold expensive for holders of other currencies, while higher interest rates could dent the appeal of non-yielding bullion.

Gold was riding on the back of dollar weakness and the support for the yellow metal sits around $1,180 an ounce, while resistance comes in $1,200, MKS PAMP Group trader Sam Laughlin said.

Traders also said supply concerns in China after a directive from the People`s Bank of China (PBOC) to limit gold import licenses, kept premiums in Shanghai around $22, driven by buoyant demand.

Demands from South East Asia is also quite good and buying at lower prices could have driven prices higher, said Cameron Alexander, an analyst with Thomson Reuters-owned metals consultancy GFMS.

Spot gold is expected to bounce to resistance at $1,210 per ounce as it has found support at $1,172, according to Reuters technical analyst Wang Tao.