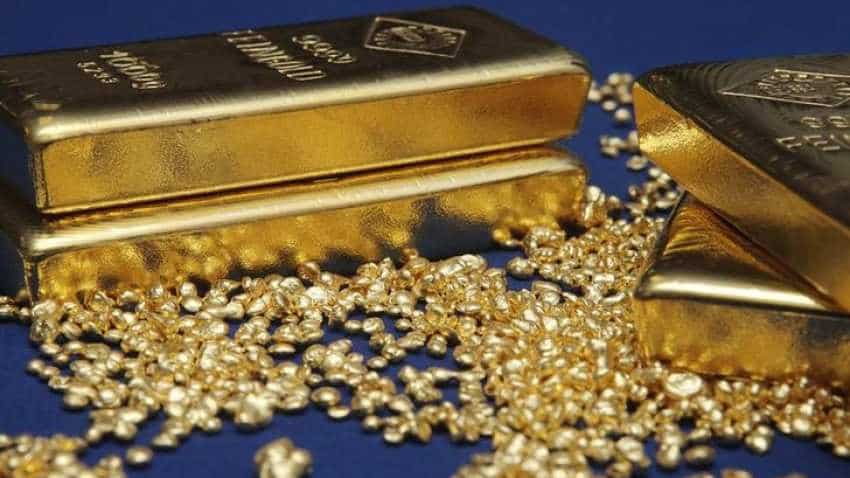 Fed policymakers are likely to shrug off the last quarter`s growth spurt and focus on the weak domestic demand and inflation when they meet next month. Image source: Reuters

Gold shook off headwinds from a stronger dollar to scale a near two-week peak on Thursday as data pointed to easing inflationary pressure in the United States, boosting expectations of a further interest rate cut by the Federal Reserve. Spot gold gained 0.7% to $1,288.03 per ounce by 2:13 p.m. ET (1813 GMT), having hit a high of $1,288.87 earlier, its highest level since May 17. The metal reversed course from earlier in the session, when it fell to its lowest level since May 23 at $1,274.44. U.S. gold futures settled 0.5% higher at $1,287.1 an ounce.

While data showed strong growth in gross domestic product in the first quarter, a gauge of inflation tracked by the Fed increased at a 1.0% rate last quarter, instead of the previously reported 1.3% pace. Manufacturing, retail sales, housing and exports also dropped in April.

Fed policymakers are likely to shrug off the last quarter`s growth spurt and focus on the weak domestic demand and inflation when they meet next month.

"The core PCE (personal consumption expenditures) came in weaker than expected and is helping gold on the margin since it reaffirms this market`s belief that the next move from the Fed is a cut, which tends to lower the opportunity cost for holding non-cash flow yielding assets like gold," said Daniel Ghali, commodity strategist at TD Securities.

Gold also shrugged off initial pressure from a stronger dollar, with the U.S. unit hovering within striking distance of a two-year high against a basket of major currencies.

"Gold has held up a lot better than expected with the recent strength in the dollar and that`s a major feather in the cap of the gold market in the near term," said John Caruso, senior market strategist at RJO Futures.
The dollar has been used as the preferred hedge against trade tensions, repeating a trend seen last year.

"Short-term resistances (for gold) to watch include $1,280, $1,285 and $1,293, levels which were previously support. We would only turn bullish again on gold should it rise back above that $1,300 hurdle and stay above it, or print a bullish reversal at lower levels first," Fawad Razaqzada, market analyst with Forex.com, wrote in a note.