Gold prices steady but under pressure from firmer dollar

Gold prices steadied on Monday after touching a one-month low in the previous session, but the metal remains under pressure from a firmer U.S. dollar and expectations the Federal Reserve is on track to tighten borrowing costs. 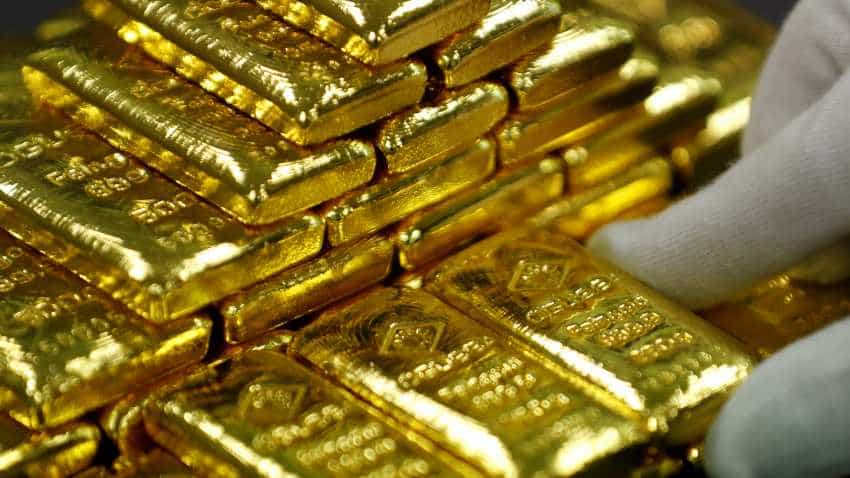 Gold prices steadied on Monday after touching a one-month low in the previous session, but the metal remains under pressure from a firmer U.S. dollar and expectations the Federal Reserve is on track to tighten borrowing costs. Spot gold was little changed at $1,209.71 per ounce at 0431 GMT. On Friday, prices fell to their lowest since Oct. 11 at $1,206.13 per ounce.

There was little to no safe haven appeal and robust U.S. leading indicators showed the U.S. services-based economy was firing on all cylinders, suggesting the Fed will hold the course on expected rate rises, he said.

The dollar index, which measures the greenback against a basket of six major currencies, inched up 0.1 percent. The greenback built on last week`s gains and rose towards a 16-month high. The Fed has reaffirmed its plan to raise interest rates by in December, followed by two more potential rate hikes by mid-2019 on the back of an upbeat economy and rising wage pressures.

"It seems like the bears are back in control... It`s disappointing that every time gold starts to rally it runs out of steam so fast," a Hong Kong-based trader said.

Spot gold is expected to test a support at $1,201, with a good chance of breaking below this level and falling more to $1,192, said Reuters technical analyst Wang Tao. Hedge funds and money managers cut their net short position in gold by 8,136 contracts to 37,486 contracts, data showed.