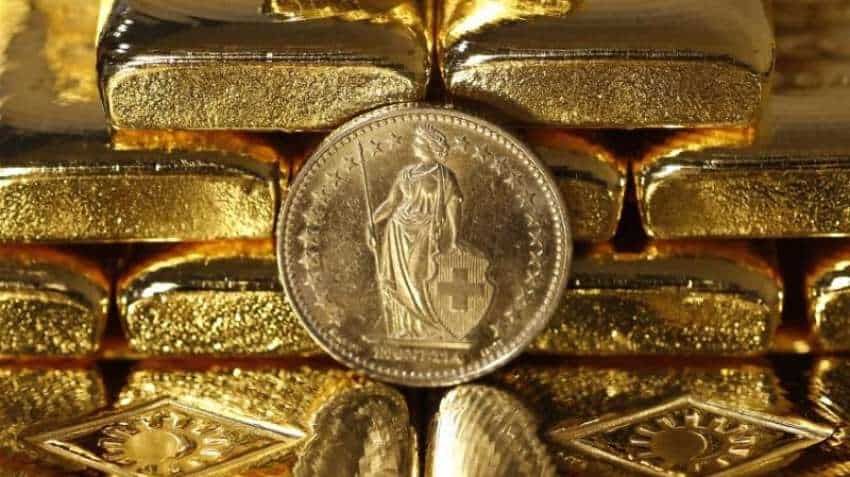 The price of gold rose slightly on Thursday, lifted off an early six-month low as the US dollar fell from an 11-month high, with traders saying they heard Russia had bid for bullion.

The dollar fell off an 11-month high against a basket of major currencies as the Philadelphia Federal Reserve’s gauge of US Mid-Atlantic business activity fell to a near 1-1/2 year low, spurring profit-taking on the greenback.

Higher US interest rates and the prospect of further rate hikes this year from the Federal Reserve have boosted the dollar to its highest since last July against a basket of major currencies .DXY. [FRX/]

Higher interest rates would encourage investors to sell gold, which earns nothing and costs money to store and insure.

A rising US currency also sends a sell gold signal to funds that use numerical models because a strong dollar makes commodities more expensive for holders of other currencies.

Even so, traders said they have seen gold purchases come from Russia.

“We’ve been hearing in the news over the last couple weeks that Russia has been buying more gold and selling US Treasuries,” Pavilonis added.

Russia could be attempting to shore up its currency because of falling crude oil prices, said George Gero, vice president of RBC Capital Markets.

“And also, they are a large producer of gold and they may be trying to stabilise the market,” Gero added.

“Uncertainty would normally fuel demand for gold as a safe haven, which we would see in the physically backed products, but instead we are seeing outflows from the US products,” said Julius Baer analyst Carsten Menke.

“From the perspective of a US investor, focused on the domestic market and economy, the threat from trade tensions is much lower than in Europe. US domestic consumption is a major driver of growth and there isn’t a problem there.”