Gold prices held steady on Thursday below a near two-month peak hit on Christmas eve, as investors await details of a trade deal signing ceremony between the United States and China. 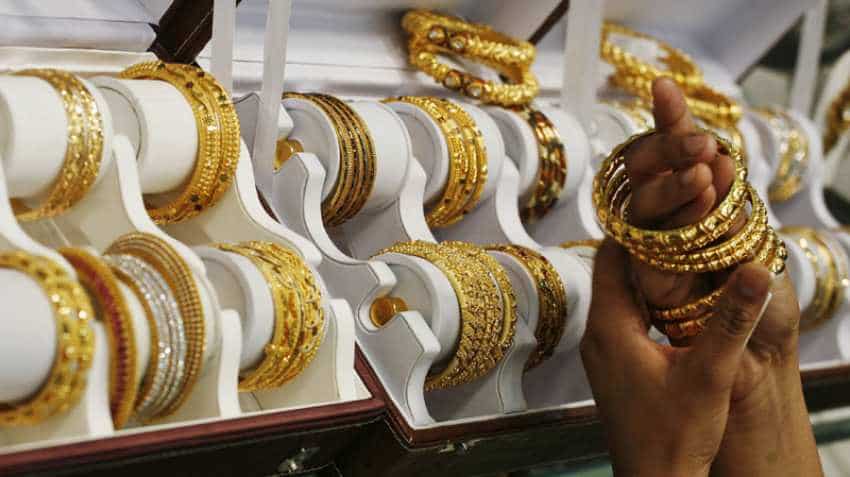 Gold prices held steady on Thursday below a near two-month peak hit on Christmas eve, as investors await details of a trade deal signing ceremony between the United States and China. Spot gold was unchanged at $1,499.18 per ounce by 0132 GMT. Prices had briefly touched the key $1,500 level on December 24, their highest since November 5.

US gold futures were down 0.1% to $1,503.10 per ounce. U.S. President Donald Trump on Tuesday said there will be a signing ceremony with the Chinese President Xi Jinping to sign the first phase of the trade deal agreed to this month. Beijing is also in close touch with Washington about the deal signing ceremony.

Trump on Tuesday dismissed North Korea`s warning of a "Christmas gift," saying the United States would "deal with it very successfully," amid concerns that Pyongyang might be preparing a long-range missile test. Lingering concerns of growth remained as data on Monday showed, new orders for key U.S.-made capital goods barely rose in November and shipments fell, suggesting business investment will probably remain a drag on economic growth in the fourth quarter.

Russia could consider investing part of its National Wealth Fund in gold, Finance Minister Anton Siluanov said, adding that he sees investment in the precious metal as more sustainable in the long-term than in financial assets. Elsewhere, silver fell 0.2% to $17.76 per ounce, having hit its highest since Nov. 5 on Tuesday. Palladium was flat at $1,884.00 per ounce, while platinum advanced 0.2% to $940.68.