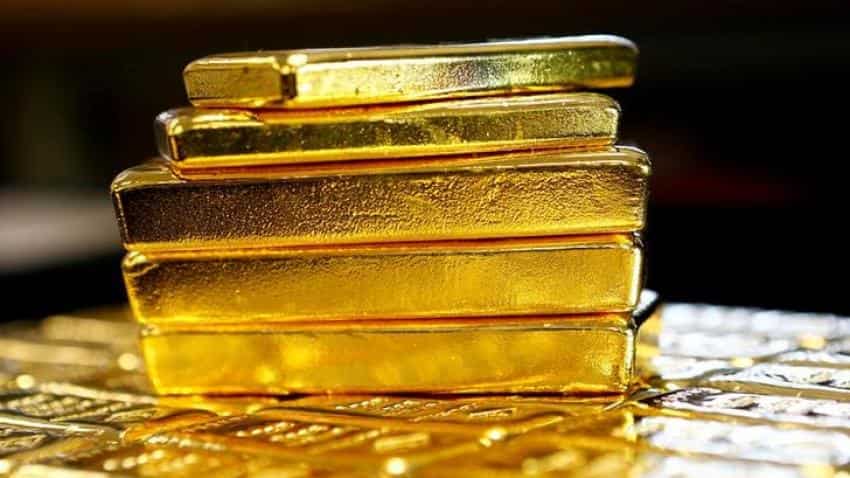 Gold prices fell to the lowest in more than six weeks on Thursday, on expectations of further U.S. interest rate increases this year and receding political uncertainty in Europe.

"The recent modest rise in U.S. real yields and thereby also in the U.S. dollar has resulted in downward pressure on gold prices. What is more, optimism about an EU-friendly election outcome in France has calmed investor`s nerves," said ABN Amro analyst Georgette Boele.

"As a result, investment assets that have safe haven characteristics, such as the yen and gold, have been sold off."

Expectations that centrist Emmanuel Macron will win the French presidential election on Sunday were reinforced in a TV debate with the far-right`s Marine Le Pen.

The dollar index initially strengthened after the U.S. Federal Reserve played down any threats to this year`s planned rate increases, supporting forecasts of another move in June.

Higher U.S. interest rates are a negative for gold, which earns nothing and costs money to insure and store.

Bullion held its losses as the U.S. dollar turned lower.

The focus is now shifting to Friday`s U.S. non-farm payrolls report for April, which could reinforce expectations of higher U.S. interest rates in June.

"In the very near term we continue to expect that gold will trade moderately lower - our three-month target is $1,200/oz, as a number of bearish catalysts have yet to fully play out," Goldman Sachs analysts said in a note.

Goldman said near-term downside risks for gold included more U.S. rate increases than the market is expecting and the Fed starting to shrink its balance sheet on the back of possible U.S. tax cuts and solid U.S. and global economic growth.

Central bank gold demand hit its lowest in nearly six years in the first quarter as Chinese buying dried up, the World Gold Council said in a report.