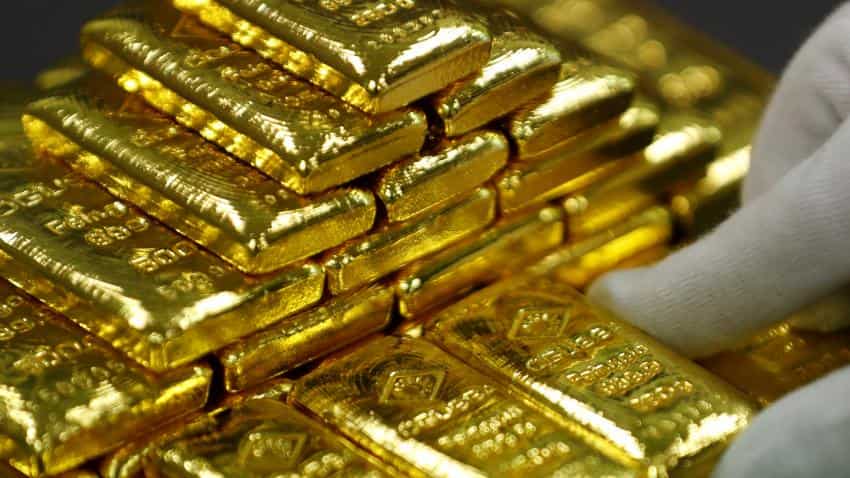 Gold prices edged up to touch a two-week high on Thursday amid firm underlying support and expectations of year-end purchases, with the dollar and stocks little changed in Asian trade.

"December is normally a good time to pick up gold. People are positioning for early January," a Hong Kong-based trader said. "It`s the seasonality of gold showing opportunity and having held $1,250 very well as we head into the year-end."

Asian stocks and the dollar were little changed on Thursday, despite better-than-expected U.S. housing data on Wednesday and even as lawmakers in the United States gave final approval to the biggest overhaul of the country`s tax code in 30 years.

"The dollar is disappointing after all the good news. Bitcoin has been struggling a bit as well ... so we`re seeing some money go into gold here," the Hong Kong trader said.

Bitcoin fell over 10 percent on Wednesday to its lowest in more than a week at $15,343 at cryptocurrency exchange Bitstamp.

A rise in U.S. bond yields from optimism around the tax overhaul offered support to the greenback.

"As yields march higher, it will be more difficult for gold to continue the climb," INTL FCStone analyst Edward Meir said in a note.

Rising bond yields tend to boost the dollar and weigh on the appeal of non-interest bearing gold.

Among other precious metals, spot silver was unchanged at $16.17 an ounce, having climbed to a two-week top of $16.26 in the previous session.

Platinum was 0.4 percent lower at $914.50 an ounce, after marking its best since Dec. 5 in the previous session.