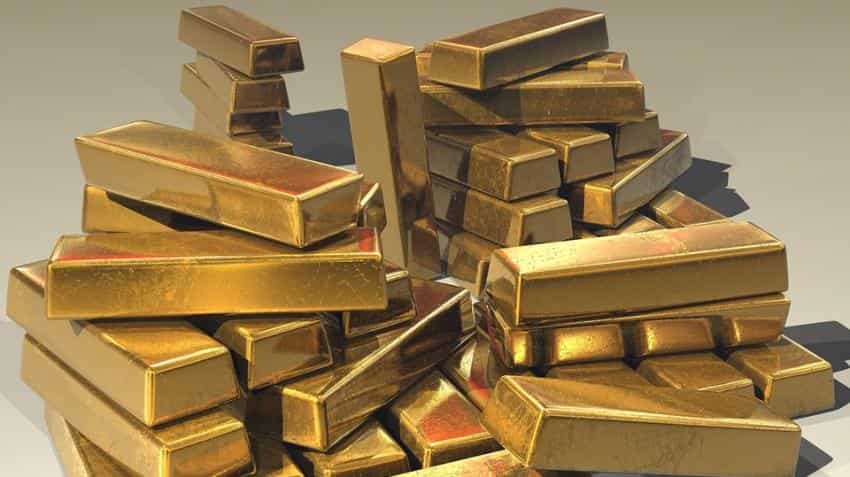 Gold prices slipped on Tuesday as a buoyant dollar continued to weigh on the market amid renewed hopes of a U.S.- North Korea summit. Image source: Pixabay
Written By: Reuters
RELATED NEWS

"There seems to be a lack of conviction in the market, particularly after the North Korean summit... and that`s come at a time when we are looking at another rate hike in the U.S.," said ANZ analyst Daniel Hynes. Markets are awaiting U.S. inflation data due later this week that could provide clues to future interest rate increases ahead of the June Federal Reserve policy meeting.

Higher interest rates tend to boost the dollar, making greenback-denominated gold more expensive for holders of other currencies and denting its non-yielding appeal.

"The yellow metal will look to consolidate above $1,300 to resume a push higher, while down-side support sits around $1,295," MKS trader Samuel Laughlin said in a note.

The dollar, which measures the greenback against a basket of six major currencies, hit 94.518, its highest since mid-November 2017.

"The pressure seems to be building on gold bulls both from a geopolitical standpoint as well as from the fact that the dollar continues to strengthen against a number of foreign currencies," INTL FCStone analyst Edward Meir said in a note.

On Monday, Trump and Japanese Prime Minister Shinzo Abe discussed North Korea by phone and confirmed they would meet before an expected U.S.-North Korea summit.

Meanwhile, Italy`s president set the country on a path to fresh elections on Monday, appointing a former International Monetary Fund official as interim prime minister with the task of planning for snap polls and passing the next budget.

"That (Italy concerns) is providing a little bit of support but is a minor factor at the moment," Hynes said.