Gold prices ease as dollar bounces back from multi-week lows

Gold prices inched lower on Tuesday, dropping for the first time in four sessions, as the dollar rebounded from multiweek lows amid simmering U.S.-China trade tensions and as bullion failed to surpass a strong technical resistance. 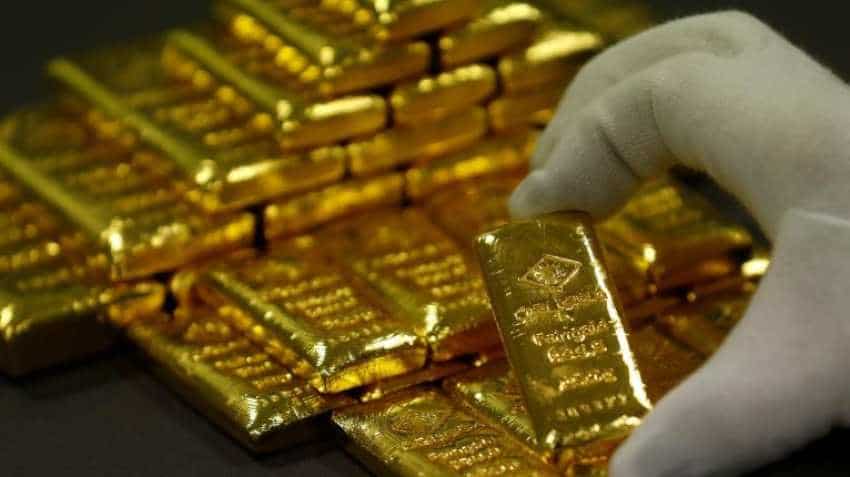 Gold prices inched lower on Tuesday, dropping for the first time in four sessions, as the dollar rebounded from multiweek lows amid simmering U.S.-China trade tensions and as bullion failed to surpass a strong technical resistance.  Spot gold was down 0.2% at $1,282.86 per ounce, as of 0702 GMT, after touching its highest since May 17 at $1,287.32 in the previous session. U.S. gold futures were down 0.1% at $1,281.80 an ounce.

"The price action in gold has been a little bit disappointing and pretty negative. It has not been able to break above $1,290-$1,300 despite the given background of trade tensions, pause in the Fed and volatile equity markets," said Jeffrey Halley, senior market analyst, Asia Pacific at OANDA. "Some of the money flows are moving to bitcoin. Seems like the cryptocurrencies are eating gold for lunch at the moment ... Also, there is nothing at present which is looking to undermine the dollar strength."

Against a basket of six peers, the dollar gained 0.2% to 97.806 after touching its lowest since May 16 at 97.546 on Friday. The greenback nudged up on Tuesday against its key rivals as investors waited on more catalysts after the European Union parliamentary elections showed a polarisation of the 28-member block.

Bitcoin, which had touched $8,939.18, its highest level in more than a year on Monday, was last up 0.4% at $8,810.82. On May 13, the cryptocurrency topped $8,000 for the first time since July 2018. Meanwhile, U.S. President Donald Trump said on Monday in a news conference with Japanese Prime Minister Shinzo Abe that he was "not ready to make a deal with China", the latest blow to beliefs that the two countries might reach a deal soon.

A string of weak data from the United States late last week stirred up concerns that its protracted trade war with China has started taking a toll on the country`s economy, and promoted bets for a much-expected rate cut by the U.S. Federal Reserve. Signals are mixed for spot gold as it failed twice to break a resistance at $1,286 per ounce, according to Reuters technical analyst Wang Tao.

Bullion seems to have found a base around $1,270 despite failing to break much higher, analysts said. "Gold is set to improve and trend toward $1,300," analysts with TD Securities said in a note. "Lower rates, a flat (yield) curve and a growing likelihood of rising equity market volatility are all helping gold, suggesting buying the dips may well be the order of the day in the precious space."