As the US Federal Reserve officials played down expectations of aggressive rate cuts, while investors locked in profits following a strong rally, gold prices slipped over 1% today. 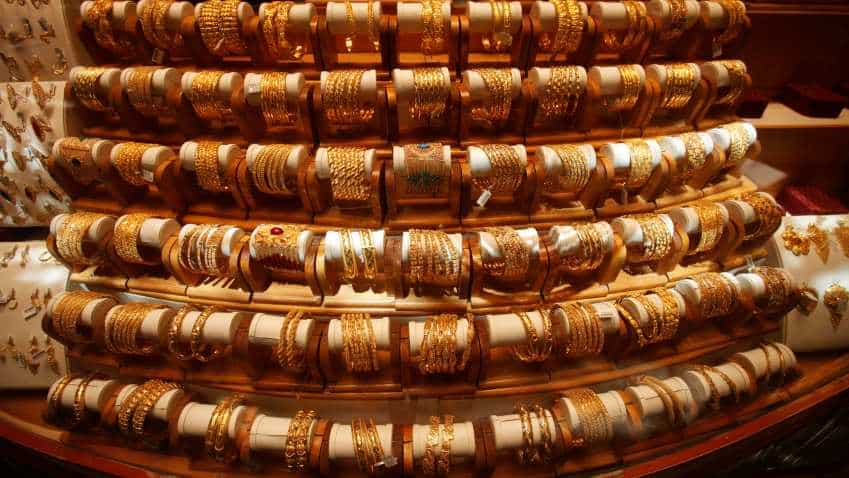 As the US Federal Reserve officials played down expectations of aggressive rate cuts, while investors locked in profits following a strong rally, gold prices slipped over 1% today, said a Reuters report, adding that spot gold was down 1.1% at $1,407.84 per ounce as of 0550 GMT, heading for its first decline in seven sessions. Notably, gold prices hit their highest level since May 14, 2013 at $1,438.63 in the previous session, while US gold futures fell 0.4% to $1,412.70 an ounce.

On Tuesday, US Fed Chairman Jerome Powell reportedly asserted the central bank`s independence, stating that it is "insulated from short-term political pressures," pushing back against US President Donald Trump`s demand for a significant rate cut. This has hosed down expectations for a half-percentage-point cut at the Fed`s July meeting, as investors are still expecting at least a quarter percentage point reduction.

The United States hopes to re-launch trade talks with Beijing after Trump and Chinese President Xi Jinping meet in Japan during the G20 summit on Saturday.

Meanwhile, India`s gold demand could fall 10% in 2019 from a year ago to the lowest level in three years as record high local prices dent retail purchases during a key festive season, the head of an industry body told Reuters.
Lower purchases by India, the world`s second biggest consumer after China, could limit a rally in global prices that hit a 6-year high earlier this week.

"Of late, customers are not used to such a jump in prices," Anantha Padmanabhan, chairman of the All India Gem and Jewellery Domestic Council (GJC) told Reuters by telephone, adding "They will not raise allocations to buy gold just because prices have risen. Volume-wise demand will drop 10% from last year."

Local gold prices hit a record Rs 35,960 ($519) per 10 grams on Tuesday, having jumped more than 10 percent over the past month, rising in line with international prices on tensions in the Middle East.

Two-thirds of India`s gold demand comes from rural areas, where jewellery is a traditional store of wealth.