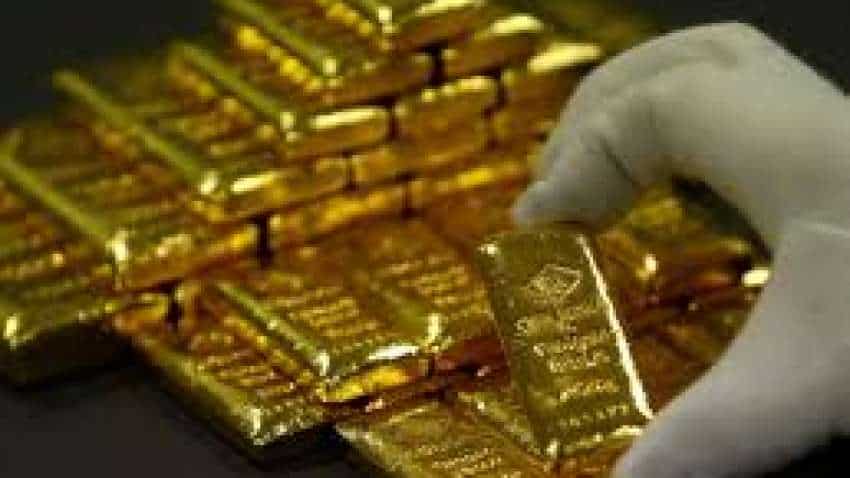 Gold price today, dipped after hitting a near four-week high, as China`s central bank cut reverse repo rates and injected liquidity into markets to help support the economy hit by a rapidly spreading coronavirus outbreak. Chinese authorities pledged to use various monetary policy tools to ensure liquidity remains reasonably ample and to support firms affected by the outbreak in Wuhan, which has so far claimed 361 lives.

"The fact that the People`s Bank of China (PBOC) is backstopping (the impact from the virus) is driving gold lower," said Stephen Innes, chief market strategist at AxiCorp.

"Asia`s fear factor has dropped so they`re not buying gold ... but there`ll be a considerable knock-on effect over the longer term, given the fact that 50% of China is shut this week and there will be a drop in production and consumption."

The dollar against a basket of rivals also firmed, making gold expensive for holders of other currencies.

Asian shares stumbled, oil skidded and commodities on Chinese exchanges plunged on their first trading day after the Lunar New Year break on fears the virus epidemic will hit demand in the world`s second-largest economy.

Investors took stock of PBOC`s measures, which included lowering of the 7-day reverse repo rate to 2.40% and the 14-day tenor to 2.55%, and an injection of 1.2 trillion yuan ($174 billion) worth of liquidity into the markets via reverse repo operations.

However, AxiCorp`s Innes said "once we get through this `band-aid effect`, the reality will set in that there is an economic tumult about to happen in China, which is going to spread globally and force a lot of central banks to cut rates."

Meanwhile, data showed China`s factory activity expanded at its slowest pace in five months in January, which traders said likely did not reflect the early impact of the public health crisis which flared in late January and that the readings could worsen in the coming months.

Speculators cut their bullish positions in COMEX gold contracts in the week to Jan. 28, data showed on Friday.