Gold off two-week lows ahead of Fed meet 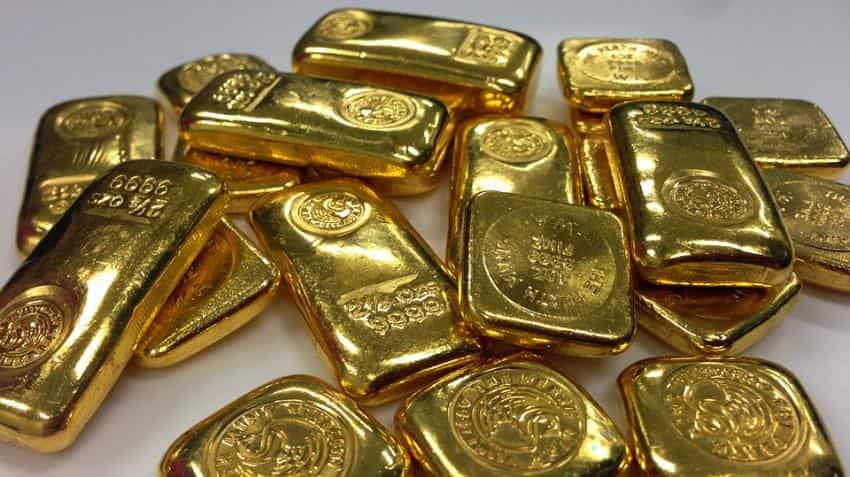 Prices for the yellow metal have not dipped below the $1,300 an-ounce level since the beginning of the year and have been trading in a $23 range since March 8. Image source: Pixabay
Written By: Reuters
RELATED NEWS

Gold was firm on Tuesday, having recovered from over a two-week low hit in the previous session, as traders waited to gauge the path of U.S. monetary policy for the rest of the year from the two-day Federal Reserve meeting that kicks off later in the day. Spot gold was flat at $1,316.44 per ounce at 0353 GMT. In the previous session, it touched $1,307.51 an ounce, its lowest since March 1.

U.S. gold futures for April delivery dropped 0.1 percent to $1,316.10 per ounce. "While the market has all but factored-in a rate hike, the focus will remain on the commentary and whether Fed Chair Jerome Powell hints at further rate hikes in 2018," ANZ analysts said in a note. Powell is expected to hike interest rates and signal three more increases this year at the Fed policy meeting.

Though a rate hike today has been factored into the current price, uncertainty remains as to how further tariffs in the United States will impact global trade, said Cameron Alexander, an analyst with Thomson Reuters-owned metals consultancy GFMS.

"This will likely escalate with a tit-for-tat response from China, which won`t help."

Prices for the yellow metal have not dipped below the $1,300 an-ounce level since the beginning of the year and have been trading in a $23 range since March 8.

A hike of more than 25 basis points would push prices lower, while a significant reaction from China and European countries on (U.S.) tariffs would drive prices higher, said Alexander.

Higher interest rates tend to boost the U.S. dollar and push bond yields up, pressuring gold prices by increasing the opportunity cost of holding non-yielding bullion, while political and financial uncertainty push up safe-haven demand for the yellow metal.

Holdings at the SPDR Gold Trust, the world`s largest gold-backed exchange-traded fund, holdings rose 1.26 percent, their best one-day rise since Jan. 18, to 850.84 tonnes on Monday from 840.22 tonnes on Friday.

Among other precious metals, silver gained 0.1 percent to $16.32 per ounce after matching Friday`s three-month low in the previous session.

It's all women's show at Bengaluru railway on their day