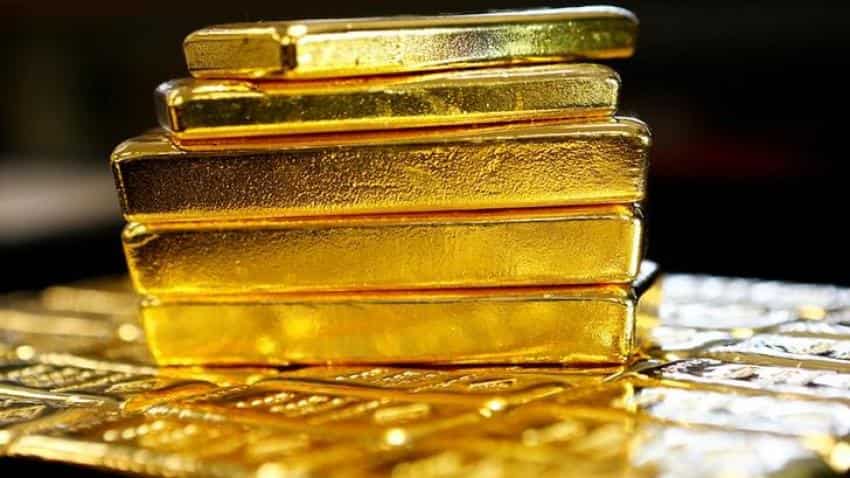 Gold dipped slightly and held near a two-month low on Wednesday, under pressure from a firmer U.S. dollar ahead of a vote on the U.S. tax reform plan, but a potential government shutdown lent support to prices.

The dollar hit a two-week high against a basket of currencies on optimism about progress on U.S. tax legislation.

A stronger greenback makes dollar-priced assets like gold more expensive for holders of other currencies.

The U.S. Senate will vote on Wednesday on whether to send its tax legislation to a conference to hammer out differences with the U.S. House of Representatives` version of the plan.

Gold was pressured by the view, reinforced by a Reuters poll of economists, that the U.S. Federal Reserve is almost certain to raise interest rates next week.

The price of gold had not fully reflected expectations of a U.S. rate rise next week and in 2018 and therefore, gold could ease further in the short term, said Dominic Schnider at UBS Wealth Management in Hong Kong.

Gold is highly sensitive to rising U.S. rates, as these lift the opportunity cost of holding non-yielding bullion while boosting the dollar.

A possible U.S. government shutdown "should be positive for gold but that could be temporary because no one really expects the U.S. to default," said Capital Economics commodities economist Simona Gambarini.

But November global holdings of gold-backed ETFs showed they rose by 9.1 tonnes to 2,357 tonnes, with net inflows coming entirely from Europe as the dollar fell, the World Gold Council said.

Silver broke below $16.00 for the first time in 4-1/2 months on follow-through selling from the previous session, said John Lawrence, senior metals trader for Heraeus Precious Metals in New York.

"Silver may test lower. More selling may come into the market as silver follows gold and follows the industrial complex lower."