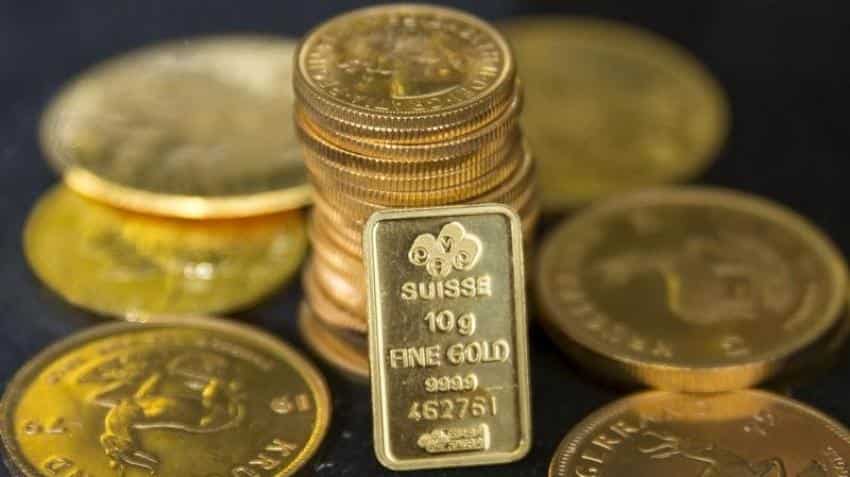 Gold hovered near one-week lows on Monday, after falling about 2% in the previous session, as a stronger-than-expected US jobs report likely increased the possibility of a rate hike this year by the US Federal Reserve.

The US employment rose more than expected for the second month in a row in July and wages picked up, bolstering expectations of faster economic growth, and raising the probability of an interest rate increase this year.

"Yes, the US economic fundamentals have picked up. But, the downside risks from whatever is happening from the Brexit is still unknown. Another uncertainty that market watchers will be looking at would be the US presidential elections."

"An initial dip through the Friday low during early Asian trade on Monday was well supported and we have continued to see bargain hunters step in during Chinese trade," said MKS PAMP Group trader Sam Laughlin.

Traders and top Wall Street banks expect the US Fed to raise US interest rates in 2016 after a strong July jobs report.

Gold is highly sensitive to rising rates, which lift the opportunity cost of holding non-yielding assets such as bullion, while boosting the dollar, in which it is priced.

Speculators added net longs in gold futures for the first time in four weeks in the week to August 2.

"We may be seeing a turning point setting in for both gold and silver, as the impact of the non-farm payroll number cannot be dismissed," INTL FCStone analyst Edward Meir said in a note.

"This will now prompt investors to look for an increasingly aggressive US Fed going into the second half of the year."