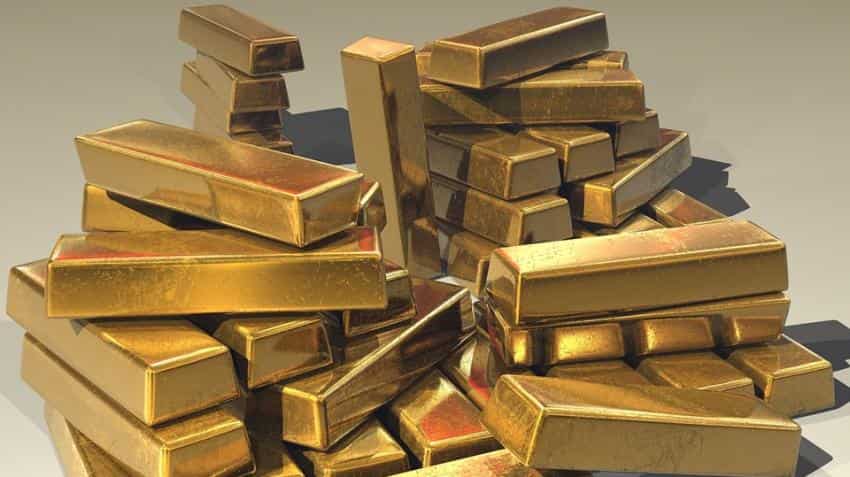 Gold prices slipped on Wednesday, after hitting a more than three-week high in the previous session, amid a firmer dollar.

The dollar index, which tracks the greenback against a basket of six major rivals, was steady at 93.283. The dollar was up 0.1 percent against the yen at 113.32.

Oil prices were supported around a 2-1/2-year top on Wednesday after an explosion of a Libyan crude pipeline sparked supply fears, while gold and copper hovered near multi-week highs, boosting commodity- and energy-linked shares around Asia.

The United States announced sanctions on two North Korean officials behind their country`s ballistic missile programme on Tuesday, while Russia reiterated an offer to mediate to ease tensions between Washington and Pyongyang.

Russia is ready to act as a mediator between North Korea and the United States if both parties are willing for it to play such a role, the Kremlin said on Tuesday.

Chinese industrial firms continued to ramp up production in the fourth quarter, a private survey on Wednesday showed, but growth in wages and hiring slowed in a further sign of cooling momentum in the world`s second-biggest economy.

Japan`s households spent more than expected in November while consumer inflation ticked up and the jobless rate hit a fresh 24-year low, offering the central bank some hope an economic recovery will drive up inflation to its 2 percent target.