Data this week showed US producer prices accelerated in January, while initial claims for state unemployment benefits increased in the week ended February 10. 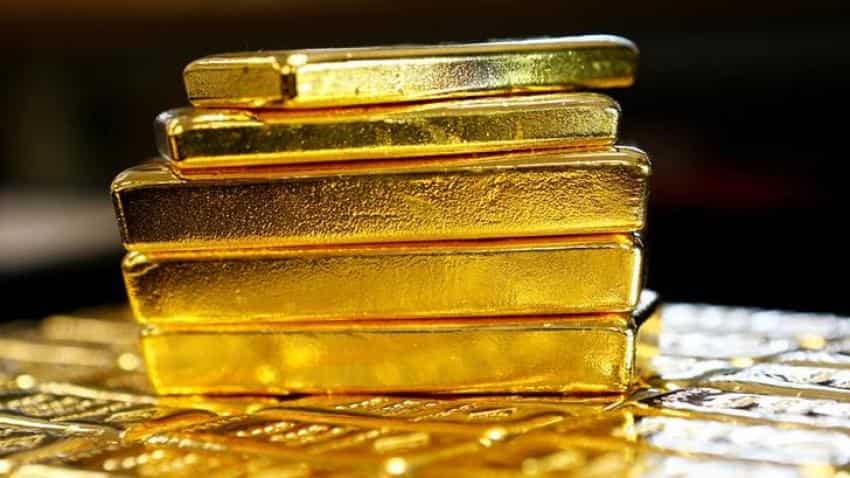 Gold rose to a three-week high on Friday as the dollar index slid to a three-year low and stronger-than-expected inflation data this week boosted interest in the metal as a hedge against price pressures.

Gold is holding on track for its biggest weekly gain in nearly two years, snapping two straight weeks of losses that pulled it back from last month`s 1-1/2 year peak.

"We`re looking for the dollar to keep weakening. For me that`s the key thing to watch for gold," Oxford Economics` director of commodity services Daniel Smith said. "Gold tends to do particularly well in that kind of environment."

Signs of rising inflation were also helping drive the metal higher, he said. "If inflation expectations rise faster than nominal rate expectations, then this should add fuel to the fire, particularly in an environment of U.S. dollar weakness."

Spot gold has risen 3.2 percent so far this week, putting it on track for its biggest weekly rise since April 2016. Gold has fared less well in other currencies, rising 1 percent in euro terms and 1.5 percent in sterling.

The dollar hit a three-year low versus a currency basket on Friday, hurt by concerns that Washington might pursue a weak dollar strategy and the perceived erosion of its yield advantage as other countries consider tighter monetary policy.

"Rising inflation, coupled with slightly weaker U.S. growth readings and a struggling dollar should continue to provide gold with an element of support," INTL FCStone said in a note.

On the physical side of the market, demand in Asia was muted by the Lunar New Year holiday, closing markets in major consumer China, as well as in South Korea, Malaysia and Vietnam.

In India, physical gold was sold at a discount for the first time in three weeks as demand slumped due to a jump in local rates. Gold in rupee terms hit a 15-month high of 30,836 rupees on Friday.