Gold prices scaled a more than six-month peak on Thursday as worries about a global economic slowdown and volatility in equities boosted safe-haven buying, while a weaker dollar offered support. 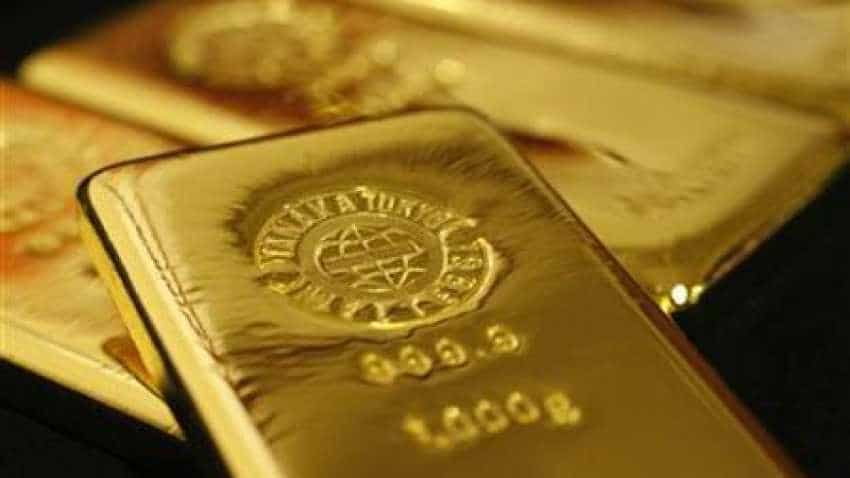 Gold prices scaled a more than six-month peak on Thursday as worries about a global economic slowdown and volatility in equities. Image source: Reuters

Gold prices scaled a more than six-month peak on Thursday as worries about a global economic slowdown and volatility in equities boosted safe-haven buying, while a weaker dollar offered support.

"The weaker dollar lent some support for gold. People are more interested in gold as the stock markets are under pressure and are looking at gold as a safe haven," said Peter Fung, head of dealing at Wing Fung Precious Metals in Hong Kong.

The dollar index fell over 0.2 percent. The Japanese yen, also a preferred asset during times of economic volatility, surged versus the U.S. currency on Thursday.

Adding to investor concerns, a meeting between U.S. congressional leaders and President Donald Trump on Wednesday saw no sign of an agreement to end a partial government shutdown.

Businesses in Britain`s dominant services sector reported the slowest sales growth in two years during the final three months of 2018, another sign of a dampening economic growth ahead of Brexit.

Markets will be looking for cues about interest rate hikes from a joint discussion between Federal Reserve Chair Jerome Powell and former Fed chairs Janet Yellen and Ben Bernanke on Friday.

The market is also awaiting a closely-watched survey on U.S. manufacturing due on Thursday, followed by the December payrolls report on Friday.

Meanwhile, the Australian dollar-denominated gold hit a record high on Thursday at A$1,894.02 after the currency, often considered a gauge of global risk appetite, fell to its lowest level since 2009 in early Asian trade.

Gold pushed higher as investors looked for a safe-haven due to brutal moves in the Australian dollar, MKS PAMP Group traders said in a note.

"Australian producers were slow to realise the move but have since been seen consistently selling, taking advantage of the very bullish move."

Investor appetite for gold has reflected in the rise of SPDR Gold Trust, the world`s largest gold-backed exchange-traded fund. SPDR holdings rose about 1 percent to 795.31 tonnes on Wednesday.