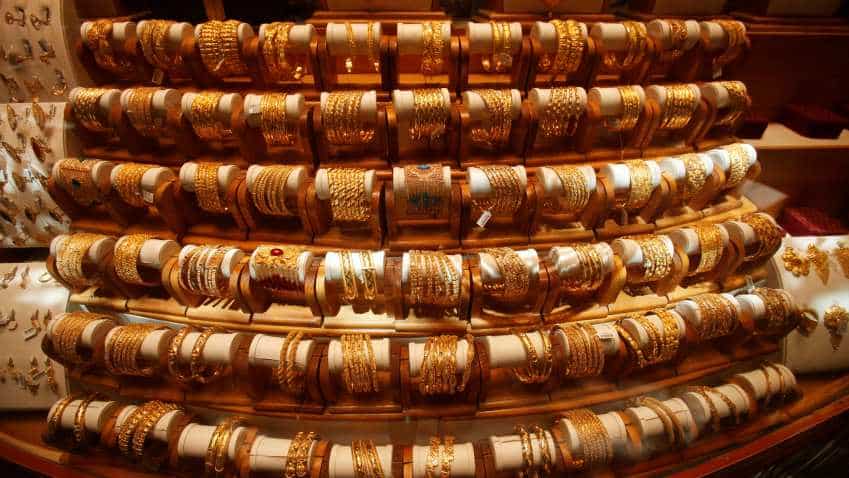 Gold, which pays no interest of its own, is often used as a hedge against political and financial risks. Image source: Reuters
Written By: Reuters
RELATED NEWS

Gold climbed to a three-week peak on Thursday as the U.S. Federal Reserve ruled out chances of any interest rate hike this year, while a surprise cut in U.S. growth forecast added to concerns on global economic slowdown. Palladium hit a record high on prolonged supply deficit in the market. Spot gold gained 0.5 percent to $1,318.36 per ounce as of 0804 GMT, after touching its highest since Feb. 28 at $1,320.22 earlier in the session. U.S. gold futures jumped 1.3 percent to $1,318.50 an ounce.

Having downgraded the U.S. growth, unemployment and inflation forecasts, the Fed brought its three-year drive to tighten monetary policy to an abrupt end, abandoning projections for any interest rate hikes this year.

"The Fed was even more dovish than expected and that added to concerns that U.S. growth, and therefore global growth, is hitting a patch of weakness," said Kyle Rodda, a market analyst with IG Markets in Melbourne.

"U.S. dollar is well off its highs from yesterday and the Treasury yields are coming down which means going into bonds or assets of that nature yields less and gold becomes more attractive."

The dollar fell sharply and U.S. Treasuries rallied after Fed`s decision on Wednesday, taking the benchmark 10-year yield to a 14-month low.

Gold, which pays no interest of its own, is often used as a hedge against political and financial risks. Bullion bids should remain keenly sought, with increased prospects of a hard Brexit, OANDA wrote in a note.

UK Prime Minister Theresa May on Wednesday made an appeal to British lawmakers to support her after the European Union said it could only grant her request to delay Brexit for three months if parliament next week backed her plans for leaving.

"Prices rose because of continued tightness in the market and lack of liquidity," said Cameron Alexander, an analyst with Refinitiv-owned metals consultancy GFMS. "Concerns related to supply risks have ratcheted up a little bit more and that is giving a lift to prices."

The risk of a ban on export of precious metals` scrap and tailings from major producer Russia added to concerns in an already tight market and pushed prices to record levels, analysts said.

The potential ban also helped platinum mark its highest level since March 1 at $871.66. The metal was on track for a fifth straight session of gains, rising 0.6 percent to $864.40 per ounce.