The greenback took a spill in early Asian trade on Monday with early moves exaggerated in a very thin market. 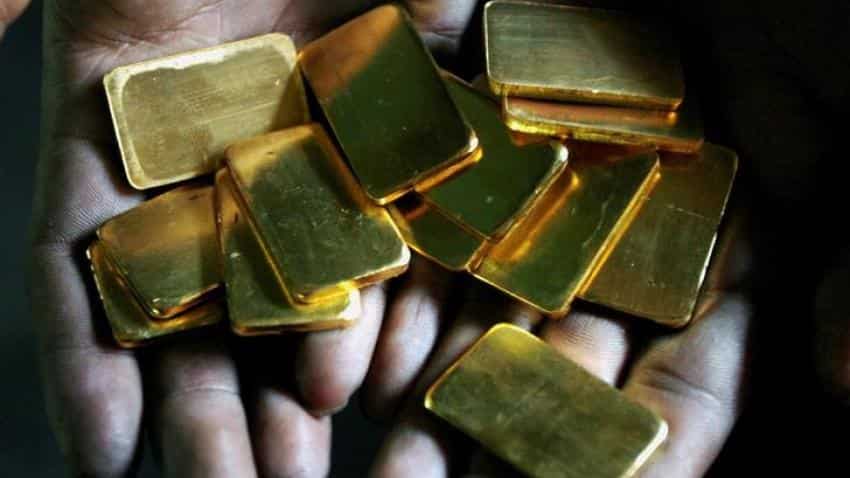 Gold rose to a near one-month high on Monday as the dollar slid after President Donald Trump`s failure to pass healthcare reform raised doubts over his ability to push through his economic agenda.

President Donald Trump suffered a stunning political setback on Friday in a Congress controlled by his own party when Republican leaders pulled legislation to overhaul the U.S. healthcare system, a major 2016 election campaign promise of the president and his allies.

The blow so early in Trump`s term unnerved financial markets, heightening worries about the chances of economy-boosting steps being enacted, such as tax reforms and big spending packages.

The greenback took a spill in early Asian trade on Monday with early moves exaggerated in a very thin market.

Delicate interest-rate hikes are necessary given the United States may be on the cusp of a jump in inflation, William Dudley, one of the Federal Reserve`s most influential officials said on Friday.

New orders for U.S.-made capital goods unexpectedly fell in February, but a surge in shipments amid demand for machinery and electrical equipment supported expectations for an acceleration in business investment in the first quarter.

The nine-month Brexit "phoney war" is set to come to an end next week when British Prime Minister Theresa May notifies the European Union of Britain`s intention to leave, starting two years of unprecedented negotiations.

Hedge funds and money managers boosted their net long position in COMEX gold after two weeks of cuts and cut it slightly in silver in the week to March 21, U.S. Commodity Futures Trading Commission data showed on Friday.

Holdings of SPDR Gold Trust, the world`s largest gold-backed exchange-traded fund, fell 0.21% to 832.62 tonnes on Friday from 834.40 tonnes on Thursday.

An uptick in prices kept a lid on demand for gold in most regions across Asia this week, while in India, an upcoming festival saw jewellers stocking up on the metal.