Gold gains as stocks fall after report of Trump probe 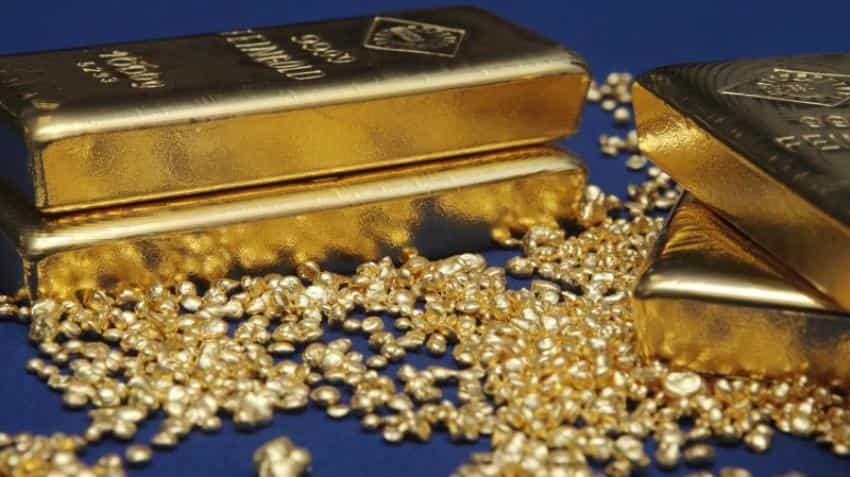 Gold edged up early on Thursday from a near three-week low hit in the previous session, as Asian stocks fell on a report that U.S. President Donald Trump is being investigated for possible obstruction of justice.

* Spot gold hit a session low of $1,256.65 on Wednesday, its weakest since May 26 after the U.S. Federal Reserve raised interest rates for the second time in three months.

* U.S. stock futures dipped and Asian shares were on the defensive on Thursday with MSCI`s broadest index of Asia-Pacific shares outside Japan <.MIAPJ0000PUS> dipping 0.3 %. [MKTS/GLOB]

* Trump is being investigated by special counsel Robert Mueller for possible obstruction of justice, the Washington Post reported on Wednesday, citing unidentified officials.

* The Fed raised interest rates on Wednesday for the second time in three months and said it would begin cutting its holdings of bonds and other securities this year, signalling its confidence in a growing U.S. economy and strengthening job market.

* However, U.S. consumer prices unexpectedly fell in May and retail sales recorded their biggest drop in 16 months, suggesting a softening in domestic demand that could limit the Fed`s ability to continue raising interest rates this year.

* Wall Street`s top banks brought forward their expectations for when they think the Fed will begin reducing its $4.5 trillion bond portfolio to as early September, and see balance sheet reduction as more of a priority than another interest rate rise, a Reuters poll showed.

* British Prime Minister Theresa May edged closer to clinching a deal to stay in power with the support of Northern Irish kingmakers on Wednesday, but faced a battle over Brexit just days before divorce talks are due to begin.

* CME raised palladium futures NYMEX (PA) initial margins for speculators by 12.5 % to $4,950 per contract from $4,400, effective after close of business on Thursday.