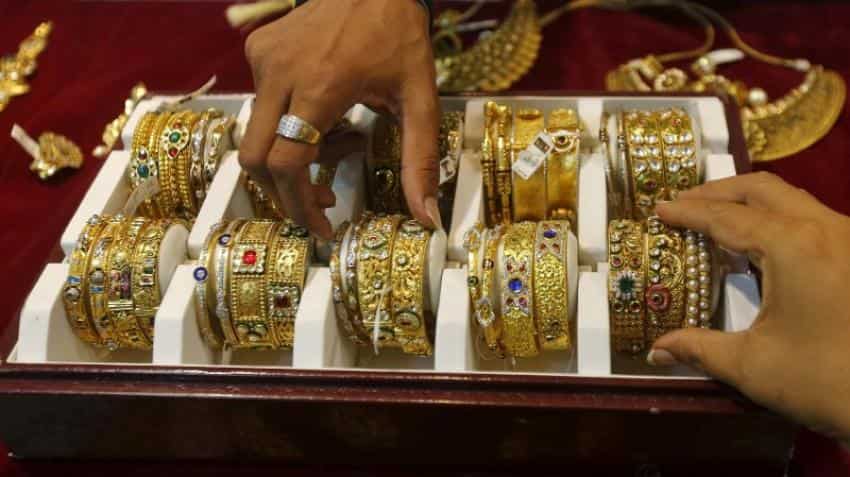 Gold prices dropped to their lowest in over 10 months on Thursday, with the dollar surging after the United States raised interest rates for the first time in a year and signalled further hikes for 2017.

"The outlook for gold is not particularly great. The more hawkish comments from the Fed are clearly a headwind in the short-term," said ANZ analyst Daniel Hynes.

"The selling seen this morning is just the start of things to come. Certainly the environment is difficult for gold given the appreciation in the dollar."

The dollar hovered near a 14-year peak against a basket of major currencies on Thursday.

The U.S. Federal Reserve raised interest rates on Wednesday and signalled a faster pace of increases in 2017 as central bankers adapted to the incoming Trump administration`s promises of tax cuts, spending and deregulation.

Partly as a result of the changes anticipated under president-elect Donald Trump, the Fed sees three rate hikes in 2017. That is up from the two it had previously predicted.

"Given that (gold) prices have now crumbled, it remains to be seen if we reach our downside target of $1,125," INTL FCStone analyst Edward Meir said in a note.

"We think this number is within reach if the dollar rally continues and if U.S. equity markets regroup ... Investors might conclude that even with higher rates looming for 2017, U.S. equities will remain the asset class of choice for most."

Holdings of the SPDR Gold Trust, the world`s largest gold-backed exchange-traded fund, have fallen about 10 percent since November. Holdings declined again on Wednesday by 0.80 percent to 849.44 tonnes.

"The sell-off in ETFs is the result of lack of investor appetite in the gold markets. The weak physical markets in China and India are not really helping gold," said ANZ`s Hynes.