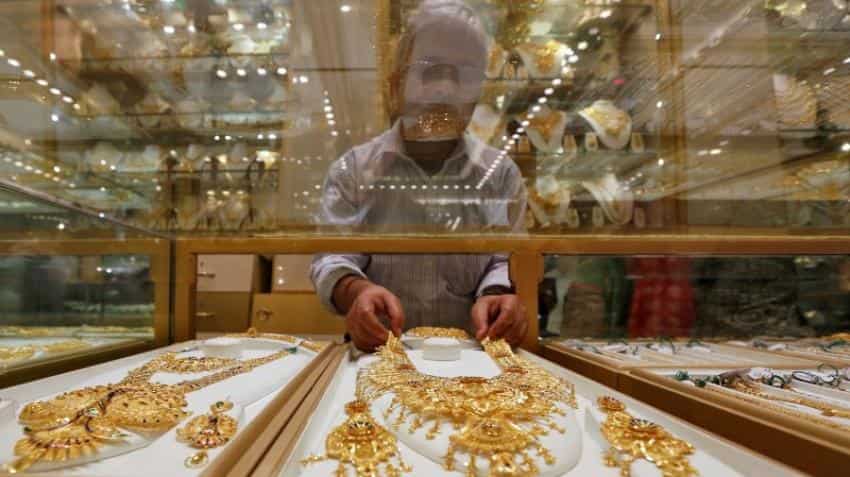 A salesman arranges a gold necklace in a display case inside a jewellery showroom on the occasion of Akshaya Tritiya in Kolkata, India. Image Source: Reuters

Gold fell for the first time in five sessions early on Friday as hawkish comments from US Federal Reserve officials renewed bets on a US rate hike this year.

* San Francisco Fed President John Williams on Thursday joined a growing chorus of his colleagues signalling support for a US interest rate hike in coming months, saying that waiting too long could be costly for the economy.

* Strong employment and a long-awaited return of middle-wage jobs suggest the labour market is tightening and the broader US economy is on track, New York Fed President William Dudley said on Thursday, appearing to reinforce his more confident message on a possible interest-rate hike.

* Reports showed the number of Americans filing for unemployment benefits fell more than expected last week, while manufacturing activity in the US Mid-Atlantic region saw a mild improvement this month.

* European Central Bank (ECB) rate setters agreed not to discuss any policy change at their July meeting and to keep market hopes for more stimulus in check, despite rising risks linked to Britain's vote to leave the European Union (EU), minutes showed on Thursday.

* Japanese manufacturers' mood soured in August to its lowest since 2013 when the central bank embarked on aggressive monetary easing, a Reuters poll showed, reflecting the pain caused by a rising yen and highlighting the huge task facing policymakers to generate growth.

* Home price rises in China's biggest cities showed signs of easing in July, adding to concerns that one of the economy's key growth drivers is losing steam but offering some relief for policymakers worried about property bubbles.