Gold edges up as bargain hunters step in after falls 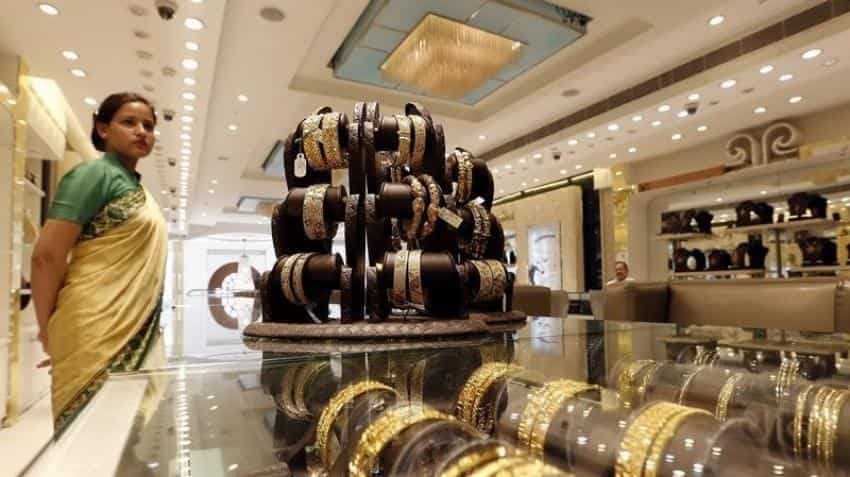 Gold edged higher on early Thursday as bargain hunters stepped in to buy after the metal hit fresh three-month lows in the previous session, ahead of Friday's non-farm payrolls report.

* US services sector activity rebounded to an 11-month high in September, an encouraging sign for economic growth that may increase the prospect of a US Federal Reserve interest rate hike this year.

* Elsewhere, US private employers added 154,000 jobs in September, below economists' expectations, a report by a payrolls processor showed on Wednesday.

* The Bank of England (BoE), which signalled a few weeks ago that a fresh interest rate cut was likely next month, has been put on the spot by signs that Britain's economy has weathered the initial shock of    the Brexit vote better than expected.

* The Perth Mint's sales of gold and silver products rose in September.

* A US judge said gold investors may pursue much of their lawsuit accusing four major banks of conspiring for a decade to fix prices and exploit distortions at the expense of investors.

* Negotiations are under way to resolve a week-long blockade at Goldcorp Inc's suspended Peñasquito gold mine in Mexico.

* South Africa's Sibanye Gold has opened its Cooke mine, chief executive Neal Froneman said on Wednesday, a day after suspending work due to violence between rival unions.

* Anglo American Platinum remains confident the disposal of its labour-intensive Rustenburg mines in South Africa to Sibanye Gold will clear its last regulatory hurdle this year.