Gold prices inched lower on Friday as the dollar firmed after the U.S. Federal Reserve kept interest rates steady with a fourth hike for this year expected next month. 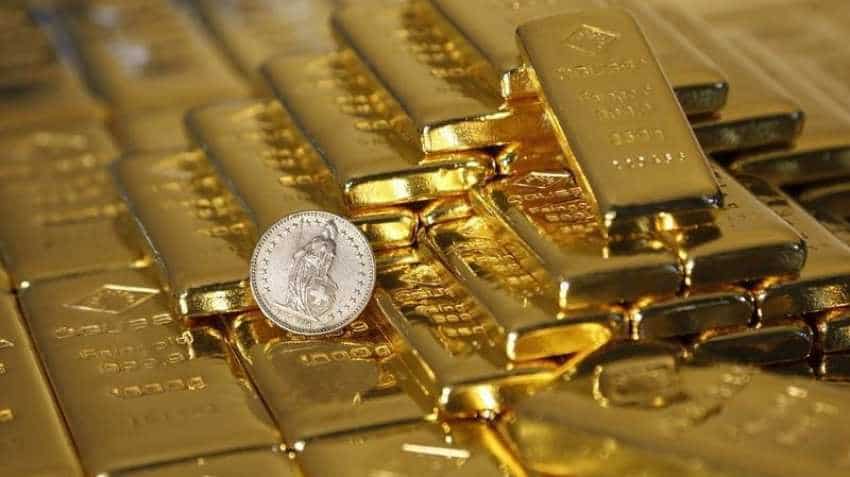 BENGALURU: Gold prices inched lower on Friday as the dollar firmed after the U.S. Federal Reserve kept interest rates steady with a fourth hike for this year expected next month.

* Gold was down about 0.9 percent for the week and on track to post its biggest weekly fall since August.

* Asian stocks dipped on Friday as Wall Street took a breather after the Fed kept intact its plans to continue raising interest rates at a gradual pace, while the dollar gained against its major peers.

* The Fed`s statement on Thursday overall reflected little change in its outlook for the economy since its last policy meeting in September. Inflation remained near its 2 percent target, unemployment fell, and risks to the economic outlook were still felt to be "roughly balanced."

* China wants to resolve problems with the United States through talks but it must respect China`s choice of development path and interests, President Xi Jinping said on Thursday ahead of a meeting with the U.S. leader in Argentina.

* China reported much stronger-than-expected exports for October as shippers rushed goods to the U.S., its biggest trading partner, racing to beat higher tariff rates due to kick in at the start of next year.

* Canada is pushing back against U.S. attempts to change the text of their September trade pact and the issue may have to be referred to ministers to settle, a Canadian source with direct knowledge of the matter said on Thursday.