Gold prices rose alongside other safe-haven assets on Wednesday as the trade rift between the United States and China showed no sign of cooling, with investors fearing a global economic slowdown. 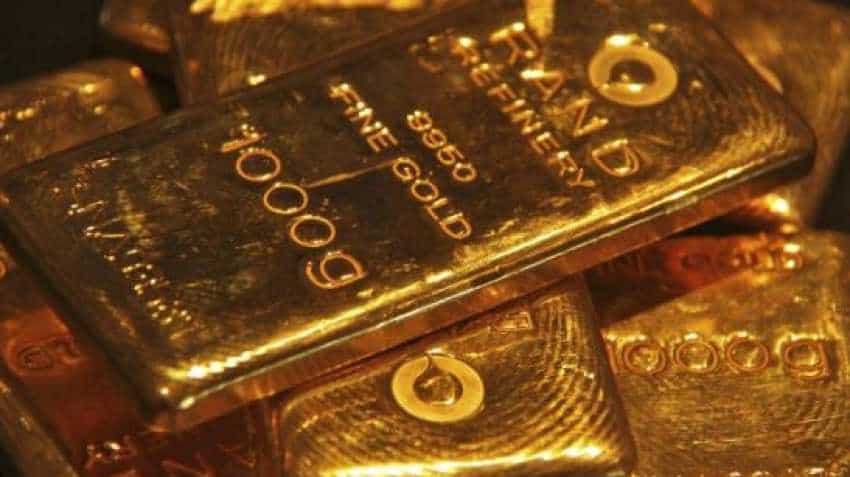 Gold prices rose alongside other safe-haven assets on Wednesday as the trade rift between the United States and China showed no sign of cooling, with investors fearing a global economic slowdown. Reuters

Gold prices rose alongside other safe-haven assets on Wednesday as the trade rift between the United States and China showed no sign of cooling, with investors fearing a global economic slowdown. Spot gold rose 0.2% to $1,281.88 per ounce by 12:48 p.m. EDT (1648 GMT) and U.S. gold futures were up 0.3% at $1,281.40 an ounce. "It is not just the trade war but the status of U.S., Chinese and the European economies and Brexit hanging around there. In this kind of environment, investors and corporations are not quite sure how to play this market," said Jeffrey Christian, managing partner of CPM Group.

"Investors are confused whether to go long stocks or short stocks; long bonds or short bonds. So, they are siding with the precious metals. We have also seen a decline in the U.S. stock markets for the past couple of days."  Risk aversion has increased globally in recent days as fears of world recession resurfaced amid disappointing macro data in major economies. Equity markets sank worldwide and U.S. Treasury yields dipped to 20-month lows as investor sentiment soured over growing global growth worries.

Fuelling tensions between Beijing and Washington, Chinese newspapers warned on Wednesday that Beijing was ready to use rare earth metals to strike back at the United States in their prolonged dispute. This comes two days after U.S. President Donald Trump said Washington was not yet prepared to strike a deal. "Gold rises on trade angst but remains the least preferred safe-haven as investors flee to bonds. The yellow metal has delivered limited gains on growing recessionary concerns, but that could change on the break of $1,300 an ounce," OANDA senior market analyst Edward Moya said in a note.

"The dollar`s run will also hamper gold, but we could see that coming to an end, or at least a break, when the Federal Reserve admits the recent dip with inflation was not transitory. Rate cuts are priced in by the financial markets, the Fed just needs to capitulate." Lower U.S. interest rates put pressure on the dollar and bond yields, increasing the appeal of non-yielding bullion.

The dollar index, which has been competing with bullion as the investment of choice to hedge against the trade tensions, held near a one-week high.  Among other precious metals, silver gained 0.6% to $14.43 per ounce. The metal had fallen to $14.25 in the last session, its lowest since early December. Platinum fell 0.3% to $793.24 per ounce, after earlier falling to its lowest since Feb. 15 at $787. Palladium jumped 1% to $1,350.05 per ounce.

Gold set for best week in 6 months on inflation woes