Higher rates tend to boost the dollar, making the greenback-denominated gold more expensive for buyers using other currencies. An increase in rates also reduces the incentive for investors to hold onto the non-interest-bearing metal. 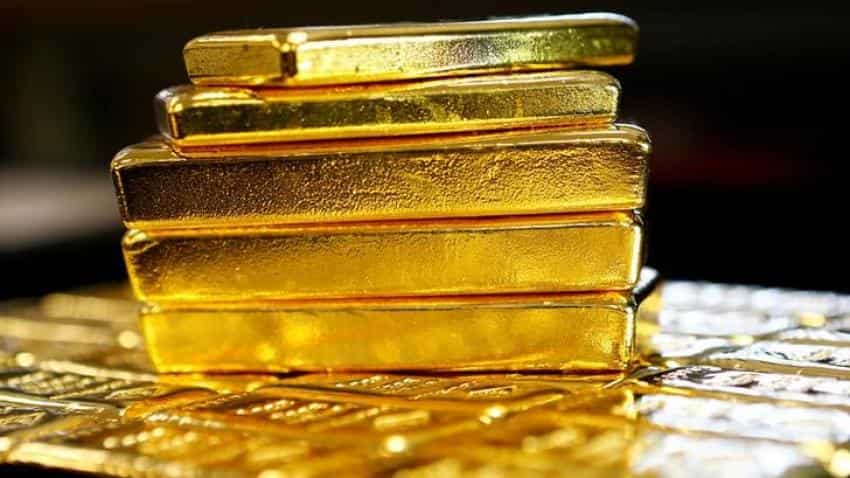 Gold prices fell in Asian trade on Monday, as the dollar gained on expectations that the United States` economy will expand further after the Senate passed a bill to overhaul the country`s tax system.

The Senate narrowly approved the overhaul on Saturday, moving the Republican Party and President Donald Trump a big step closer to their goal of slashing taxes for businesses and the rich while offering everyday Americans a mixed bag of changes.

The dollar rebounded to a two-week high on Monday after taking a brief hit on Friday on news that Michael Flynn, former national security adviser to President Trump, pleaded guilty to lying to the U.S. Federal Bureau of Investigation about his contacts with Russia.

"On the opening we kept lower and that was really a function of the weekend ... decision on the tax through the Senate," said a Hong Kong-based gold trader.

"For short-term I`m looking for a test down to the 200 (day moving average) around $1,267 generally because of the seasonality and rejection of $1,290," the trader said.

"Whatever is happening to the dollar and the yield curve, you`ve got to be watching that."

Two Federal Reserve policymakers urged caution in raising interest rates on Friday, saying that the flattening of the yield curve was a signal that the central bank should proceed slowly.

The U.S. central bank is widely expected to raise benchmark interest rates for the third time this year at its monetary policy meeting next week.

Higher rates tend to boost the dollar, making the greenback-denominated gold more expensive for buyers using other currencies. An increase in rates also reduces the incentive for investors to hold onto the non-interest-bearing metal.

Hedge funds and money managers raised their net-long positions in COMEX gold in the week to Nov. 28, U.S. data showed on Friday.