Gold demand ticks up in India ahead of festivals; subdued elsewhere as US data dents safe-haven demand

Gold futures in India, the biggest bullion consumer after China, were trading around 38,504 rupees per 10 grams today. 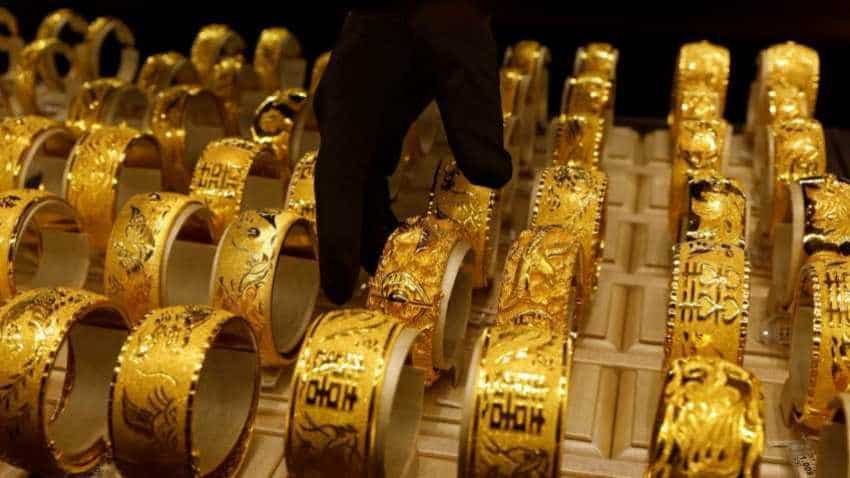 Gold, Rupee and Equity Markets Today: Here is all you need to know about it

Demand for physical bullion was subdued in major Asian hubs this week as high prices dampened consumer interest, although some hefty discounts on offer in India led to a slight uptick in buying ahead of a major festival season. Gold futures in India, the biggest bullion consumer after China, were trading around 38,504 rupees per 10 grams on Friday, easing from a record high 39,885 rupees touched on Wednesday. "Demand has been slowly improving," said Daman Prakash Rathod, a director at MNC Bullion, a wholesaler in Chennai. "But we need a bigger fall for normal demand during the festive season."

"Jewellers are not making purchases anticipating a bigger fall," said a Mumbai-based dealer at a private bullion-importing bank. Jewellers are running business with thin inventories and have to build stocks for the festive season, the dealer said.

Demand in India usually strengthens in the final quarter of the year due to the wedding season as well as festivals such as Diwali and Dussehra, when buying gold is considered auspicious.

India`s August gold imports plunged 73% from a year ago due to a price rally and a hike in import duty, a government source said on Wednesday.

Global benchmark spot gold prices were set to mark a weekly decline, but still held above $1,500, having hit $1,557 earlier in the week, the most expensive since April 2013.

In top gold buyer China, bullion was sold at a premium of $9-$10 an ounce over the benchmark, unchanged from last week. While buying did pick up slightly, it`s mostly coming from the investment side while jewellery demand is weak, said Samson Li, a Hong Kong-based precious metals analyst with Refinitiv GFMS.

Hong Kong premiums were little changed at $0.50-$1.15 from last week`s $0.60-$1.10 range. Though signs of easing political tensions in Hong Kong boosted sentiment in wider markets, impacts are yet to be seen in terms of activity in the bullion market, traders said.

In Singapore, premiums were quoted in the $0.50-$0.60 an ounce range versus last week`s $0.60-$0.80. "We`ve seen substantially more interest in silver versus gold this week," said Vincent Tie, sales manager at Silver Bullion.

Global spot silver prices have risen about 27% since the end of May.

In Japan, gold was sold at an about $0.75 discount, a Tokyo-based trader said. Japanese retail gold prices, meanwhile, hit their highest since 1980.

Traders now await the monthly U.S. payrolls report due at 1230 GMT for the next snapshot on the labour market`s health. Risk appetite was also whetted by news that the United States and China had agreed to hold high-level talks early in October that fuelled optimism for substantial progress in de-escalating the long, bitter trade conflict between the two.

Gold has jumped about 18% this year as the bruising trade war has sparked fears of a global economic slowdown and encouraged interest rate cuts by major central banks around the world. "Gold is still seen as a safe haven asset. A correction is bound to happen." GoldSilver Central`s Lan said.

Gold, Rupee and Equity Markets Today: Here is all you need to know about it