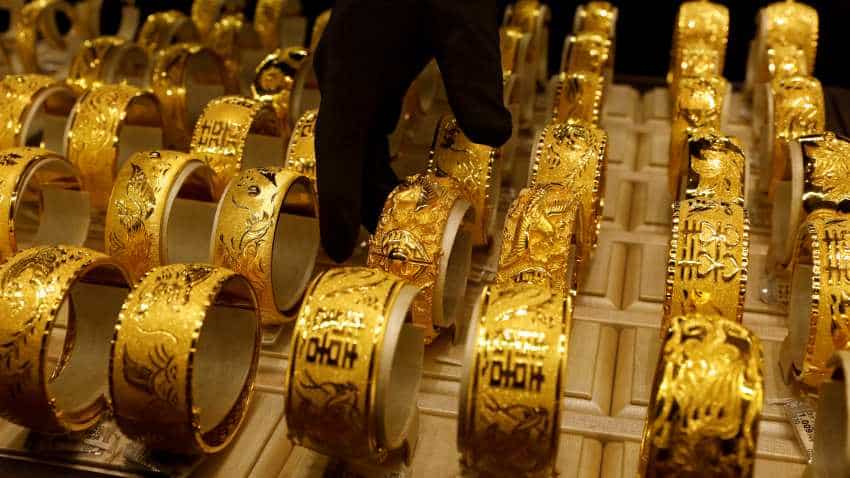 "The market is struggling to go above the $1,550 level and that`s triggering some profit taking... The Hong Kong situation is an encouraging sign and equities market more broadly have risen and that was a drag on gold, but fundamentally (gold) is still at a very strong level," Capital Economics analyst Ross Strachan said.

"Gold`s downside is limited in the short term because of the political uncertainties, particularly on the trade war front, and also the large volume of negative yielding government debts, making gold relatively attractive."

Risk appetite returned to global financial markets as worries about political risks in Europe faded and China had upbeat economic data. Additional relief came from reports that Hong Kong will withdraw an extradition bill that triggered months of unrest.

In Britain, lawmakers will seek to pass a law forcing Prime Minister Boris Johnson to ask the European Union to delay Brexit until Jan. 31 unless there is an exit deal approved by parliament beforehand.

On the trade front, U.S. President Donald Trump threatened on Tuesday that he would be "tougher" on Beijing in a second term as president if talks dragged on. With no agreement on the dispute, investors remain nervous, said Michael McCarthy, chief market strategist at CMC Markets.

Meanwhile, traders have fully priced in a 25 basis point interest rate cut at the U.S. Federal Reserve`s meeting later this month, according to CME`s FedWatch tool.

Lower interest rates reduce the opportunity cost of holding non-yielding bullion and weigh on the dollar. The dollar fell against a basket of currencies.

Indicative of sentiment, holdings of SPDR Gold Trust, the world`s largest gold-backed exchange-traded fund, rose to 890.04 tonnes on Tuesday, their highest since November 2016.