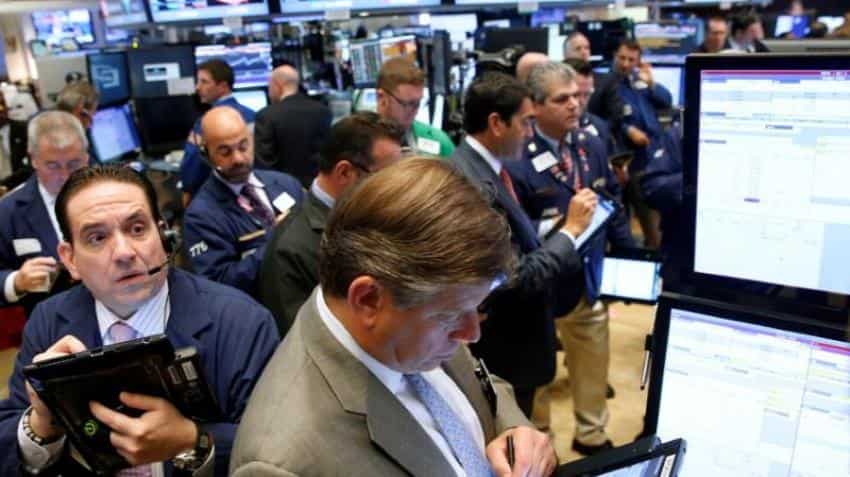 Stock markets were routed around the globe on Monday, with European indexes opening lower and bond yields rising as resurgent U.S. inflation raised the possibility central banks would tighten policy more aggressively than had been expected.

Europe`s benchmark Stoxx 600 fell 1.5 per cent, its sixth consecutive day of losses totalling 4.6 percent - the biggest decline since the United Kingdom voted in June 2016 to leave the European Union.

Friday`s U.S. payrolls report showed wages growing at their fastest pace in more than eight years, fuelling expectations that both inflation and interest rates would rise more than previously forecast.

That sparked a sell-off in U.S. equities that is set to continue on Monday. Dow Jones futures pointed to the market opening 1.1 percent lower, with the S&P 500 down 0.6 percent and the NASDAQ down 0.9 percent.

Futures markets priced in the risk of three, or even more, rate rises by the Federal Reserve this year after Friday`s data release.

Bond yields, which move inversely to bond prices, initially rose to multi-year highs across the globe before pulling back in later trades.

Yields on 10-year U.S. Treasury debt hit a four-year high of 2.885 percent, having jumped almost 7 basis points on Friday. They were last trading at 2.833 percent.

German 10-year yields, the benchmark in Europe, rose to 0.774 percent, their highest since September 2015, before falling to last trade at 0.671 percent.

Emerging-market currency the South African rand fell 0.4 percent, with the Chinese yuan and Polish zloty down around 0.2 percent.

Rising U.S. yields gave the dollar some support. Against a basket of currencies, the dollar was up fractionally at 89.267, after climbing 0.6 percent on Friday for its biggest single-day gain in three months.

Any rally by the dollar weakens commodities priced in the currency, with the Thomson Reuters CRB index down 0.5 percent. Gold was off at $1,335.78 an ounce after losing 1 percent on Friday.