Global Stocks: World stocks will keep rising over the coming year, according to the latest Reuters polls of strategists. 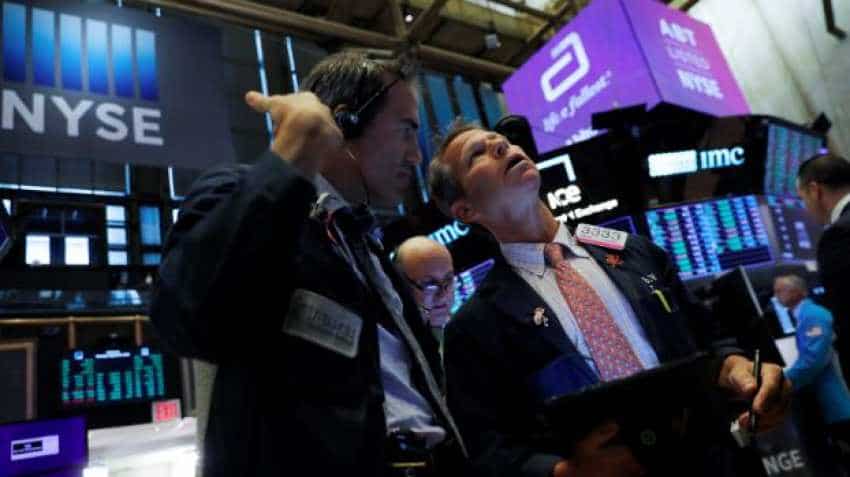 Global Stocks: When asked on the probability of a significant correction in equity markets this year, strategists gave a median 30% chance of that happening. Photo: Reuters

Global Stocks: World stocks will keep rising over the coming year, according to the latest Reuters polls of strategists, but wild gyrations are likely in the lift from expected central bank policy easing and drag from developments in the US-China trade war. Fears of a global economic slowdown as the world`s largest economies become more deeply locked in a tit-for-tat trade tariff war unnerved world stocks last year, with all the indexes polled by Reuters, barring India and Brazil, in the red in 2018.

While stocks have recovered globally so far this year, the latest polls of nearly 300 equity strategists showed nine of the 17 indexes polled on would not recoup last year`s heavy losses by end-2019.

When asked on the probability of a significant correction in equity markets this year, strategists gave a median 30% chance of that happening.

But by the end of 2020 most of those indexes will have recovered 2018`s losses and more as nearly 80% of strategists in response to an additional question said the current global monetary easing path will help equities.

"Our cautiousness on the outlook for equities suggests reducing risk ahead of what looks like another – possibly significant or more than 10% – drawdown. But we also caution against the urge to take too many chips off the table," said Julien Lafargue, head of equity strategy at Barclays.

"Going against central banks has been a losing strategy for years and this is unlikely to change. While the long lasting impact of quantitative easing and negative interest rates is questionable, from a short-term equity market perspective, there is no doubt their effect is positive."

A breakdown of predictions reflected the margin of gains in stock markets over the coming year to be directly proportional to how much interest rate ammunition is available for respective central banks.

While European indexes were forecast to gain some ground next year they were expected to lag other developed economies where benchmark interest rates were still positive.

In Asia, excluding Japan, stock prices are expected to continue their rise and recover lost ground with double-digit cumulative gains from 2018 close predicted over the coming year.

The volatile Brazilian Bovespa index was expected to surge ahead nearly 34% by end-2020 from here and Mexican shares were poised to gain nearly 14% for the same period.

Still, not only have strategists trimmed their forecasts for where most indexes polled will trade by end-2019 and mid-2020 compared with predictions made just three months ago, over 70% of respondents said the risks to their outlook were more pessimistic.

U.S. benchmark stock gains have probably neared their ceiling as economic growth risks from the trade war are expected to gnaw at investors and limit the benefits from the Federal Reserve`s policy easing.

That clearly reflects nervousness in financial markets based on the inverted U.S. yield curve - which has historically been a highly accurate predictor of a U.S. recession.

"It is very delicately poised. But our view is that the recessionary warnings we are currently seeing prompt a large scale reaction from central banks and politicians," noted Rory McPherson, head of investment strategy at Psigma Investment Management.

"This, combined with the record low yields offered by the bond markets, likely pushes investors into the `pain trade` of owning stocks."

When asked how long the bull run in global stocks would last, strategists were split, with only about a quarter predicting it to have already ended. Over one-third said it would end within a year but the remaining 40% said predicted over a year.

"While we can see many potential sources of downside risk, our concern is somewhat offset by the fact that most of these themes are now widely recognised and somewhat priced-in," noted Paul O`Connor, head of the multi-asset team at Janus Henderson.

"While economic and corporate fundamentals are shaky and global policy uncertainty still overshadows the market outlook, we do take some comfort from the fact that positioning and sentiment in equities is already pretty gloomy."