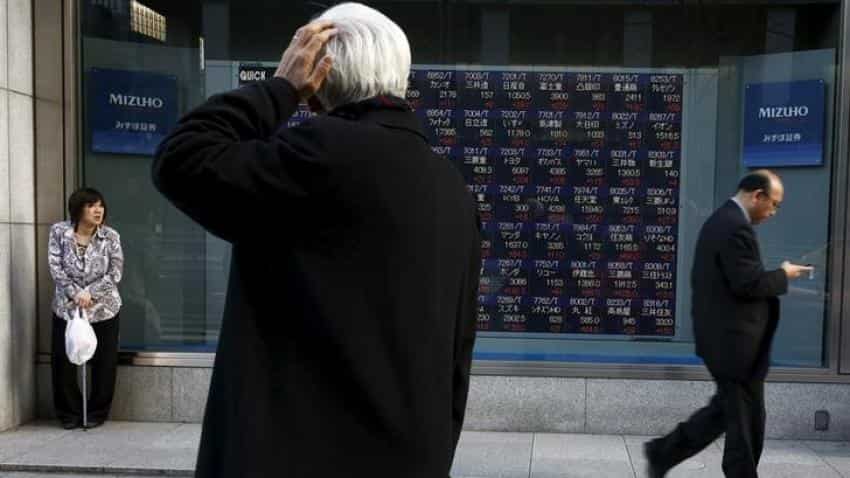 Asian stocks pulled ahead on Tuesday after Wall Street steadied and the dollar bounced from a four-month-low, as concern over Donald Trump`s setback on his healthcare reform bill gave away to tentative hopes for the U.S. President`s planned stimulus policies.

South Korean stocks climbed 0.4% after data showed the domestic economy grew at a slightly faster pace than initially thought in the fourth quarter of 2016, supported by strong construction activity.

Overnight, the S&P 500 and the Dow Jones Industrial Average closed lower but had narrowed their losses from earlier in the session, when both hit near-six-week lows. The Nasdaq ended higher.

That blow for Trump spooked global risk assets on concerns about the president`s ability to enact stimulus policies. The MSCI World index, which had stumbled last week, managed to recover, as confidence returned that the Trump administration will corral Congressional support for other pro-growth policies.

"Markets appear reluctant to take the Trump disappointment too much further at this stage," Ric Spooner, chief market analyst at CMC Markets in Sydney, wrote in a note.

"With U.S. economic growth showing signs of improvement and the (Federal Reserve) clearly embarked on a monetary tightening cycle, the significant correction that has already occurred in bonds and the U.S. dollar may already reflect an adequate wind-back of the market’s Trump exuberance."

The U.S. 10-year bond yield, which hit a one-month low on Monday, recovered to trade higher at 2.3782 on Tuesday. The dollar added 0.1% to 110.75 yen after touching its lowest level since November on Monday.

The dollar index inched up to 99.233 after slumping to a 4-1/2-month low on Monday. The euro was steady at $1.08655 on Tuesday, after touching its highest level since November on Monday.

In commodities, the return of risk appetite helped lift oil from a level close to the 3-1/2-month low seen last week, despite lingering concerns about whether producers will extend an OPEC-led output cut beyond the end of June to ease a global glut.