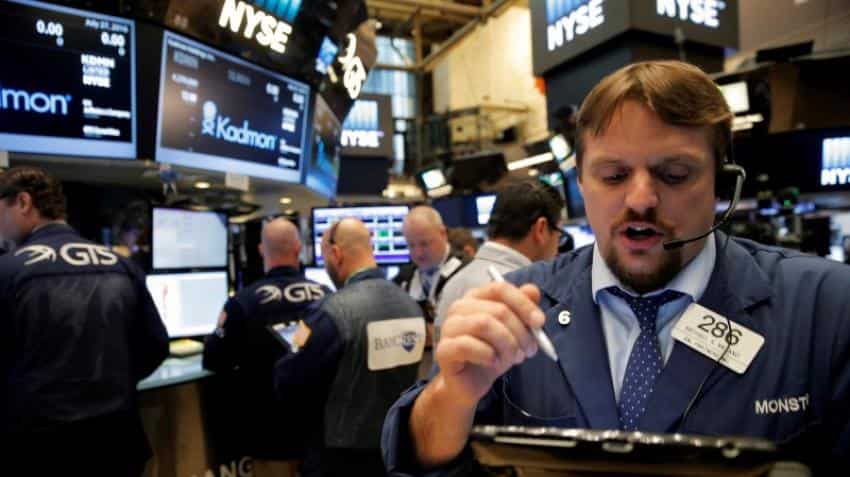 Traders work on the floor of the NYSE. Pic: Reuters
Written By: Reuters
RELATED NEWS

An index of global stocks climbed to its highest level in nearly a year on Tuesday, led by European shares, while the British pound weakened on the prospect of easing monetary policy in the country.

The pound fell for the fifth day in a row after a Bank of England policymaker said the central bank will probably have to loosen monetary policy further if the U.K.`s economy worsens. The Bank of England cut interest rates last week for the first time since 2009 in the wake of the country`s vote to leave the European Union.

"The dominant theme in global markets is low interest rates and liquidity and the support it provides for the stock market, for equities globally," said Rick Meckler, president of investment firm LibertyView Capital Management in Jersey City, New Jersey.

"Every fearful drop in the global stock market has been met by this lack of alternatives and cheap cost of financing... It’s a `risk on` when the world’s central banks have your back," Meckler said.

Gains in healthcare and tech sectors were offset by energy share declines.

After more than a year without setting new records, the benchmark S&P 500 consistently has been reaching new peaks after breaking to a new all-time high a month ago.

"The important thing is that the market continues to make new highs, albeit maybe intraday and maybe incrementally small, but the trend of the market is intact," said Bucky Hellwig, senior vice president at BB&T Wealth Management in Birmingham, Alabama.

The pound fell 0.3 percent against the dollar and touched its lowest level in about a month.

Against a basket of currencies, the dollar <.DXY> fell 0.3 percent after four days of gains. The greenback was 0.6 percent weaker against the Japanese yen .

Longer-dated U.S. Treasury prices edged higher on Tuesday as a weak report on U.S. productivity suggested the economy may not be growing as quickly as anticipated.