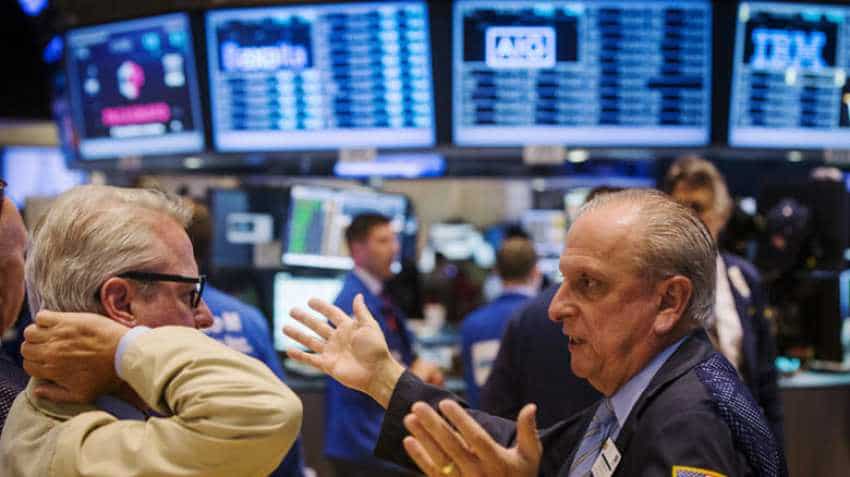 Global stocks inched up on Friday, lifted by China`s renewed offer to work out a trade pact with Washington and despite signs that manufacturing in major eurozone economies was grinding to a halt. But gains were limited by uncertainty over how the 16-month-old U.S.-China trade war plays out and how much it may undermine the world economy.

Such jitters have put MSCI`s index of global shares on course to snap a six-week streak of gains, with lacklustre economic data and rising political risks in the United States and Britain also casting a pall over sentiment.

European shares rose off three-week lows touched on Thursday when it seemed that U.S. legislation on Hong Kong would undermine planned trade talks between the world`s two largest economies. The broader Euro STOXX 600 was up 0.4% and London-listed shares outperformed with a 1% rise as trade-exposed miners, banks and energy companies recovered from falls earlier this week.

Business activity in the euro zone almost stopped growing altogether, with IHS Markit`s flash November composite Purchasing Managers` Index, seen as a reliable guide to economic health, sliding to 50.3 from October`s 50.6, moving to within close to the 50 mark separating growth from contraction.

Wall Street futures were marked slightly firmer after China said it was willing to work with the United States to resolve core trade concerns, and the Wall Street Journal reported China had invited U.S. trade negotiators for a new round of face-to-face talks in Beijing.

But whipsawing hopes over reaching even a "phase one" deal before tariff hikes kick in on Dec. 15 have restrained markets.

"Markets are being held hostage by news - positive or negative - coming out of the United States or China. Even if the phase one agreement materialises there is no way I would believe that`s the end of the story, it will just move to German cars or Japanese exports," said Marie Owens-Thomsen, chief global economist at wealth manager Indosuez.

Concerns linger, with U.S. President Donald Trump expected to sign into law two bills backing protesters in Hong Kong after the U.S. House of Representatives voted 417-1 for the "Hong Kong Human Rights and Democracy Act", which the Senate had passed unanimously a day earlier.

"If he`s going to be forced to sign it, then it brings another (element) of uncertainty to this phase one trade deal, which then pushes back into next year," said Matt Simpson, senior market analyst at GAIN Capital in Singapore.

But Simpson said that in the absence of major news on trade, rangebound market moves are "quite reflective of the small headlines coming through".

The failure to resolve the trade spat means the world economy is struggling to recover from its slowdown and the Organisation for Economic Cooperation and Development on Thursday forecast growth at a decade-low 2.9% this year and the next.

In currency markets, the pound slipped after the first early reading of the IHS Markit/CIPS UK Purchasing Managers` Indexes (PMI) for Britain showed that declines in both the services and manufacturing sectors quickened in November.

Against a basket of currencies,, the dollar was flat, breaking its three-day streak of gains and heading for its smallest weekly change since the start of August.

Bitcoin, the world`s biggest cryptocurrency, slumped 9% to a six-month low of $6,929 after China`s central bank said it would tackle a resurgence of illegal activities around virtual currencies, cautioning investors not to confuse crypto with blockchain technology.

Oil prices retreated after hitting two-month highs following a Reuters report that the Organization of the Petroleum Exporting Countries and its allies are likely to extend existing output cuts until mid-2020..