Global Markets: Asian shares and Wall Street futures nudged higher on Wednesday amid hopes the worst of the coronavirus in China may have passed. 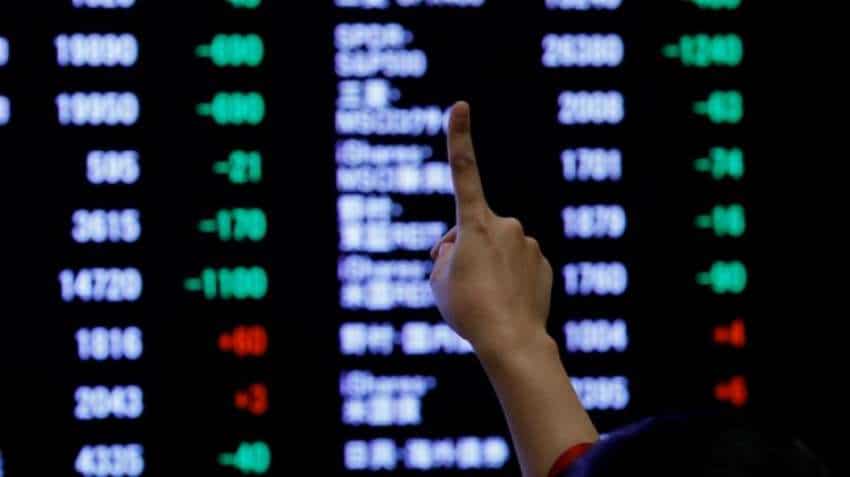 Global Markets: MSCI`s broadest index of Asia-Pacific shares outside Japan was up 0.31%. Chinese shares fell 0.12%, but investors in other equity markets looked past this decline. Photo: Reuters
Written By: Reuters
RELATED NEWS

Global Markets: Asian shares and Wall Street futures nudged higher on Wednesday amid hopes the worst of the coronavirus in China may have passed, although prevailing uncertainty about the outbreak has kept investors wary. MSCI`s broadest index of Asia-Pacific shares outside Japan was up 0.31%.
Chinese shares fell 0.12%, but investors in other equity markets looked past this decline. Shares in Hong Kong rose 0.57% to a three-week high.

Oil futures, which have been in a downtrend since the start of the year, rose in Asia from 13-month lows due to budding optimism about the virus and hopes that output cuts by major producers will support prices.

The yuan was little changed in onshore trade and safe-havens such as Treasuries, the yen and the Swiss franc were marginally weaker in a sign of slowly improving sentiment.

The global mood brightened after China`s senior medical adviser said on Tuesday the number of new coronavirus cases was falling in some provinces and forecast the epidemic would peak this month.

The number of new cases in Hubei, the province at the epicentre of the outbreak, was 1,068 as of Tuesday, down from a peak of over 3,000 new cases on Feb. 4, and the lowest number of new infections since Jan. 31.

Investors will likely need to see more evidence that the virus, which emerged in the central Chinese city of Wuhan late last year and has spread to 24 other countries and territories, is indeed receding before they take on more risk.

Concerns that the virus will slow factory activity and consumer spending in the world`s second-largest economy have roiled global stocks and commodities, and many of these markets are still trying to regain their footing.

"Evidence suggests the positive mood will continue, and we see some coordination in markets with oil rallying, base metals up and Treasuries coming under pressure," said Michael McCarthy, chief market strategist at CMC Markets in Sydney.

"It does appear there is increasing comfort that the virus won`t impact growth in a significant way, but I am not ready to buy risk assets yet."
U.S. stock futures rose 0.02% in Asia on Wednesday. The S&P 500 and the tech-heavy Nasdaq inched to their second consecutive closing high on Tuesday.

Powell also said he is closely monitoring the coronavirus in China, because it could lead to disruptions that affect the global economy.

Chinese firms and factories are struggling to get back to work after the extended Lunar New Year holiday. Some companies say they need loans and are laying off workers as supply chains for global firms from car manufacturers to smartphone makers ruptured.

China`s foremost medical adviser on the outbreak, Zhong Nanshan, told Reuters numbers of new cases were falling in some provinces and forecast the epidemic would peak this month, although investors remained sceptical.

Stocks in New Zealand rose to a record high and then pared gains. The local dollar rose 0.9% to $0.6462 for its biggest daily gain since December after the country`s central bank dropped a reference to the chance of further cuts, suggesting its easing cycle might be over.

In the commodities market, US crude futures rose 0.88% to $50.38 a barrel, while Brent crude rose 1.33% to $54.83 per barrel on hopes that Chinese demand for oil will pick up once the flu-like virus is contained.

Saudi Arabia wants global oil producers to agree a quick supply cut in response to the coronavirus, sources familiar with the kingdom`s thinking have told Reuters, which is another supportive factor for crude futures.

In the onshore market, the yuan held steady at 6.9685 per dollar.

The yen traded at 109.87 versus the greenback, on course for its third day of decline, while the Swiss franc held steady at 0.9751 against the dollar.