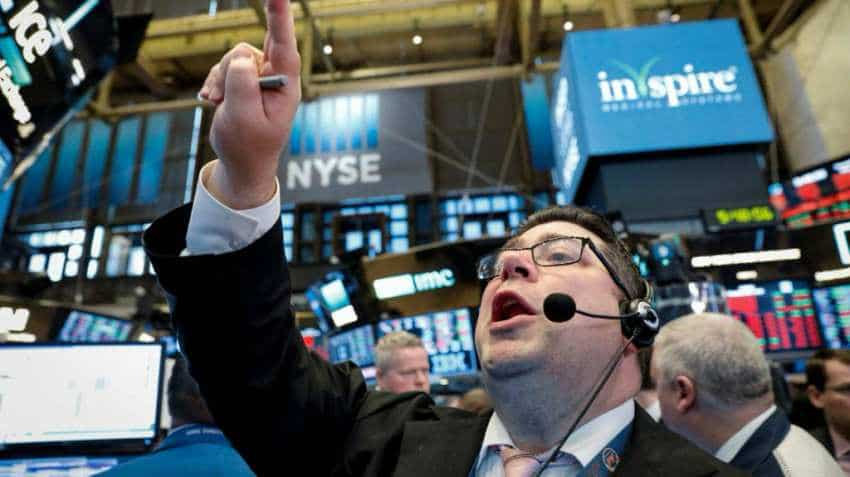 The tech-heavy Nasdaq`s rebound came after it confirmed a correction on Monday, having lost more than 10.3% since its record closing high on May 3. Photo: Reuters

US stocks rallied on Tuesday, with the S&P 500 set for its biggest one-day gain in five months, after Federal Reserve Chair Jerome Powell said the central bank would act "as appropriate" to address trade war risks, leaving the door open for a possible rate cut. A day after St. Louis Fed chief James Bullard said a rate cut may be warranted soon, Powell said the Fed was "closely monitoring the implications" of a trade dispute that has disrupted global markets and posed risks to growth. The last time the benchmark S&P index, last up 1.8%, had a bigger daily percentage gain was on Jan. 4, when Powell said the Fed would be patient and flexible in its interest rate path.

"When the market`s been down as much as it has been, all you need is a little bit of a spark," said Paul Nolte, portfolio manager at Kingsview Asset Management in Chicago.
"There is some sense from what we heard from Powell and Bullard that the Fed is thinking about making monetary policy a little easier by cutting rates."

Nolte said investors were also encouraged after Mexican President Andres Manuel Lopez Obrador told reporters on Tuesday that he was optimistic that a deal could be reached even as U.S. President Donald Trump said he was likely to go ahead with new tariffs on all Mexican goods.

A Washington Post report that Republican lawmakers were discussing whether they may have to vote to block President Trump`s planned new tariffs on Mexico also helped sentiment.

Earlier in the day, China`s commerce ministry said the differences and frictions with Washington should be resolved through dialogue.

The tech-heavy Nasdaq`s rebound came after it confirmed a correction on Monday, having lost more than 10.3% since its record closing high on May 3. The S&P 500 on Tuesday was less than 6% below its intraday record high hit on May 1.

The technology sector was fuelling the S&P`s gains with a 2.8% advance, led by gains in Apple Inc and Microsoft.

Other marquee companies - Amazon.com and Google-parent Alphabet Inc also rebounded from Monday`s selloff, which was triggered by fears of heightened scrutiny from antitrust regulators.

Rising U.S. Treasury yields boosted the S&P 500 bank index, which jumped 3.06% and was on course for its biggest one-day gain in five-months.

Only the dividend-paying utilities and real estate sectors, typically seen as defensive bets, were in the red for the day.