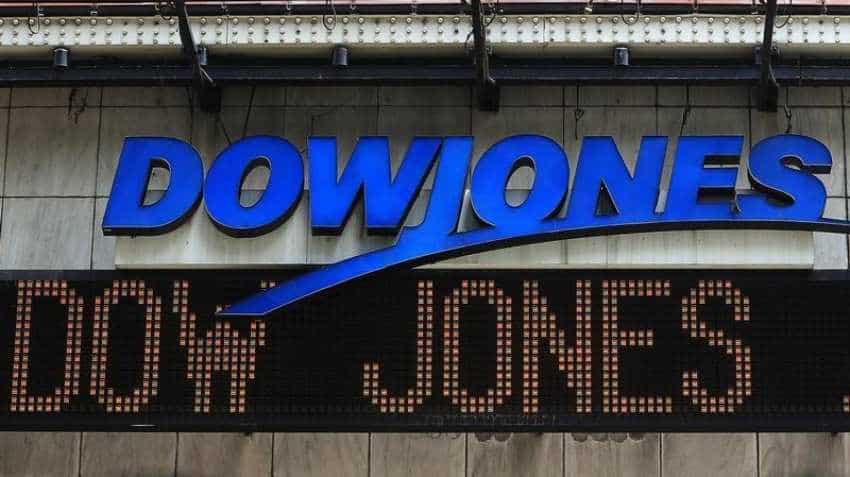 US stocks ended lower on Wednesday as comments from Fed cief appeared to dampen hopes the central bank could move later this year to cut interest rates. Photo: Reuters

US stocks ended lower on Wednesday and the S&P 500 snapped a three-day streak of record high closes as comments from Federal Reserve Chairman Jerome Powell appeared to dampen hopes the central bank could move later this year to cut interest rates.

In its policy announcement, the Fed held rates steady as expected and struck a cautious tone on inflation. But Powell, speaking following the Fed statement, said a decline in inflation this year could be due to transitory factors.

That seemed to throw cold water on views by some in the market that the Fed might make a preemptive bid to head off lower inflation or a recession by cutting rates.

As Powell spoke, traders of US short-term interest rate futures began trimming bets the Fed will cut rates before the end of the year.

"The fact that he`s basically saying `we aren`t closer to a cut then we were before` made the market sell off," said Michael Antonelli, market strategist at Robert W. Baird in Milwaukee.

Stocks had been higher for much of the session and the S&P 500 hit an intraday record early, driven by a jump in shares of Apple Inc. The company late on Tuesday reported quarterly results that beat Wall Street estimates despite a record drop in iPhone revenue.

It also announced plans for a new $75 billion share buyback and raised its cash dividend by 5%. Apple`s stock ended up 4.9%.

Selling was broad-based as nearly every S&P 500 sector ended the day lower. Declining issues outnumbered advancing ones on the NYSE by a 1.68-to-1 ratio; on Nasdaq, a 2.15-to-1 ratio favored decliners.

Volume on US exchanges was 7.44 billion shares, compared to the 6.61 billion average for the full session over the last 20 trading days.