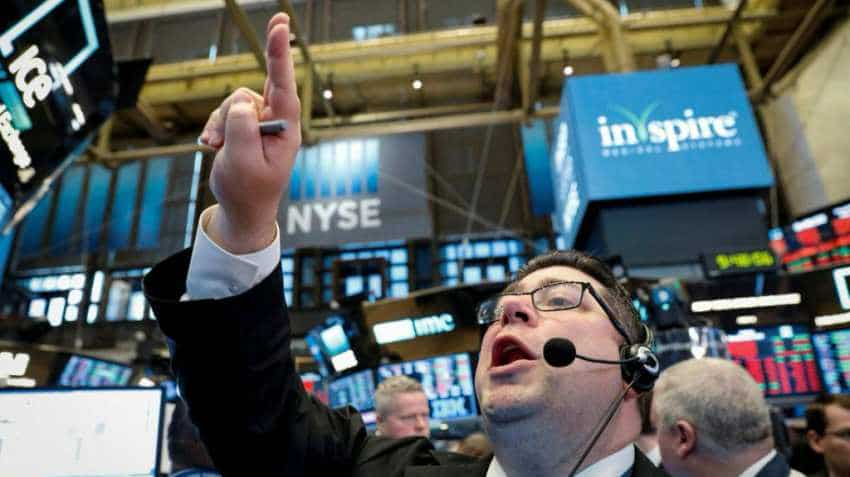 In the futures market, federal funds contracts implied traders have priced in a 55% chance the Fed would reduce borrowing costs by at least 75 basis points by year-end. Photo: Reuters

Major world stock markets rose and short-dated U.S. Treasury yields fell on Wednesday as investors bet that the U.S. Federal Reserve would cut interest rates and help boost a sluggish global economy. Underscoring concerns over growth was a report by U.S. payrolls processor ADP Wednesday that showed U.S. private employers added only 27,000 jobs in May, well below economists` expectations and the smallest monthly gain in more than nine years. While a flare-up in trade tensions between the United States and China hurt world stocks in May and triggered fears of an impending recession, comments from Fed Chairman Jerome Powell and other Fed officials this week have provided support for stocks. The policymakers warned that the trade war may force the Fed to respond, prompting investors to price in possible rate cuts. Wednesday`s ADP report comes two days ahead of the broader, and more closely watched, jobs report from the U.S. Labour Department.

"Today and yesterday the market was embracing the idea of more weakness in the economy giving the Fed some cover to preemptively cut rates. If the excuse evaporates with a strong jobs number Friday the market might be disappointed by that," said Jeffrey Kleintop, chief global investment strategist at Charles Schwab in Boston.

In the futures market, federal funds contracts implied traders have priced in a 55% chance the Fed would reduce borrowing costs by at least 75 basis points by year-end, up from 51% late Tuesday and 14% a week earlier, CME Group`s FedWatch tool showed.

In another positive for equities, Republican Senator Chuck Grassley predicted the United States and Mexico would be able to strike a deal to avert tariffs that U.S. President Donald Trump has threatened to impose on Mexican imports.

The spread between two- and 10-year yields grew to near 31 basis points, the widest in seven months.

Gold prices gained as the U.S. rate cut bets encouraged investors to flock toward bullion. Spot gold was up 0.4% at $1,329.57 per ounce.